Although far less spectacular than its bigger and brighter cousin the Grand Palace in Bangkok, the Royal Palace of Cambodia is also much less crowded – and that can make a huge difference in one’s travel experience. Here you can drop by at your leisure, without having to wake up at 6 am on a weekday and then stand in line before the place is even open (that’s how things were in Bangkok at the time of my last visit in January 2020). By contrast, in Phnom Penh you can just stroll around and actually relax.

On the other hand, it does not give you the sense of splendor the palace in Bangkok does, so if you come here having already been to Bangkok, you might feel a little underwhelmed. I still think it’s very much worth a visit.

The complex dates from the late 19th century. Most of the original buildings were later replaced, so what you see here now is fairly modern. 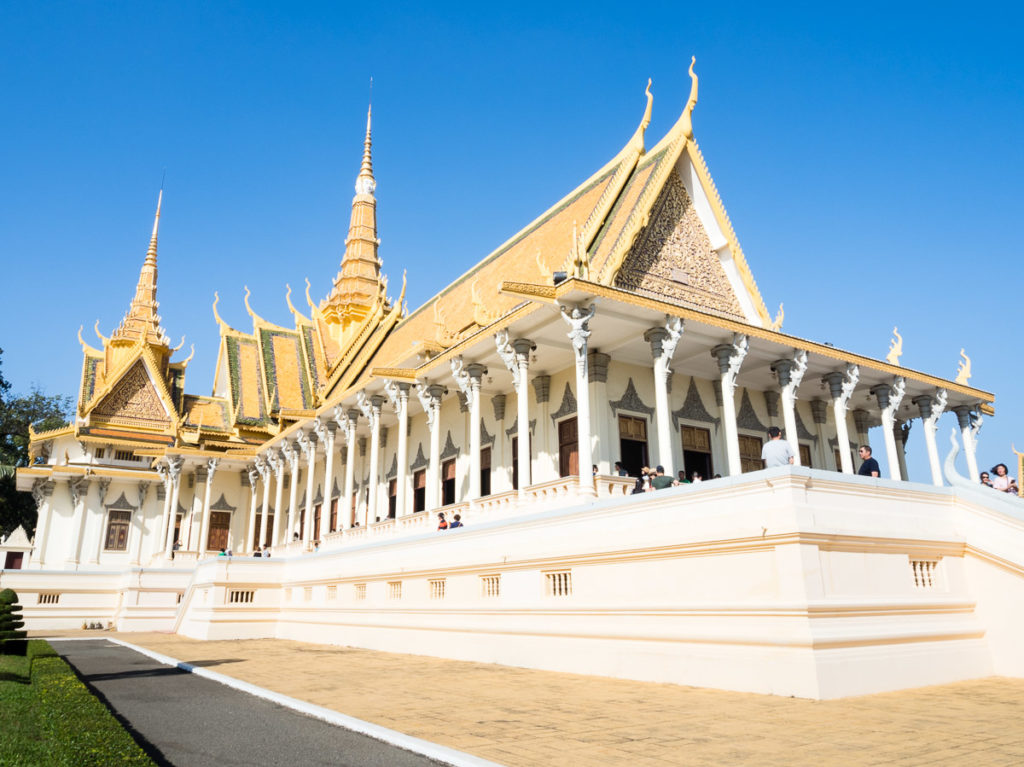 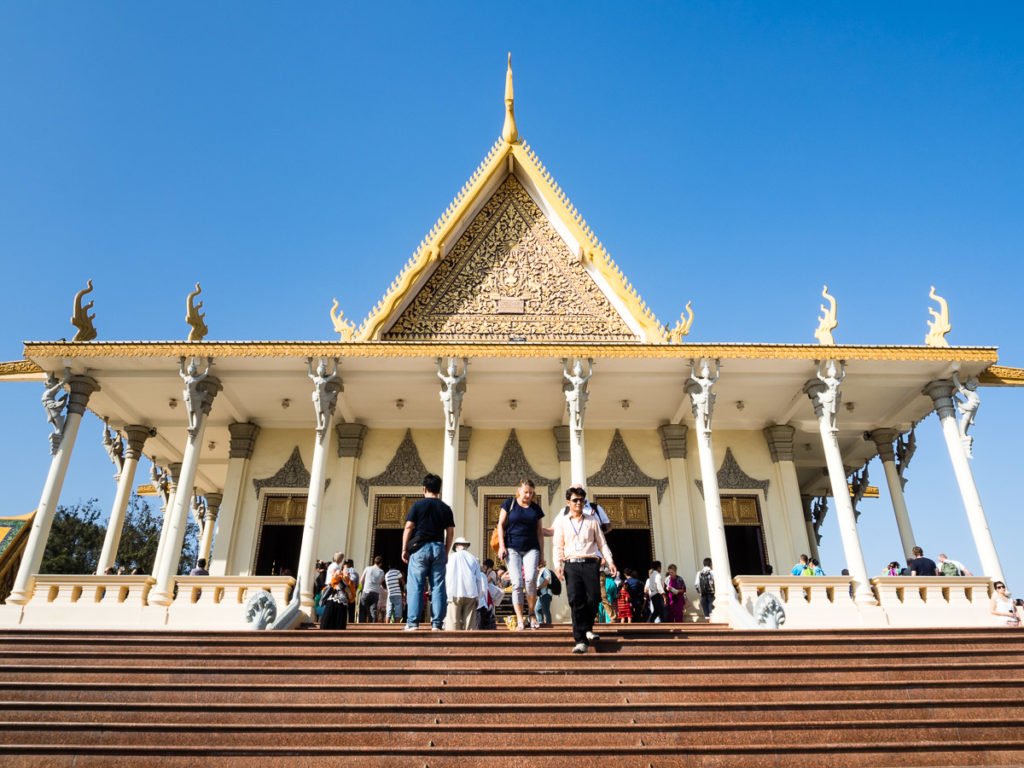 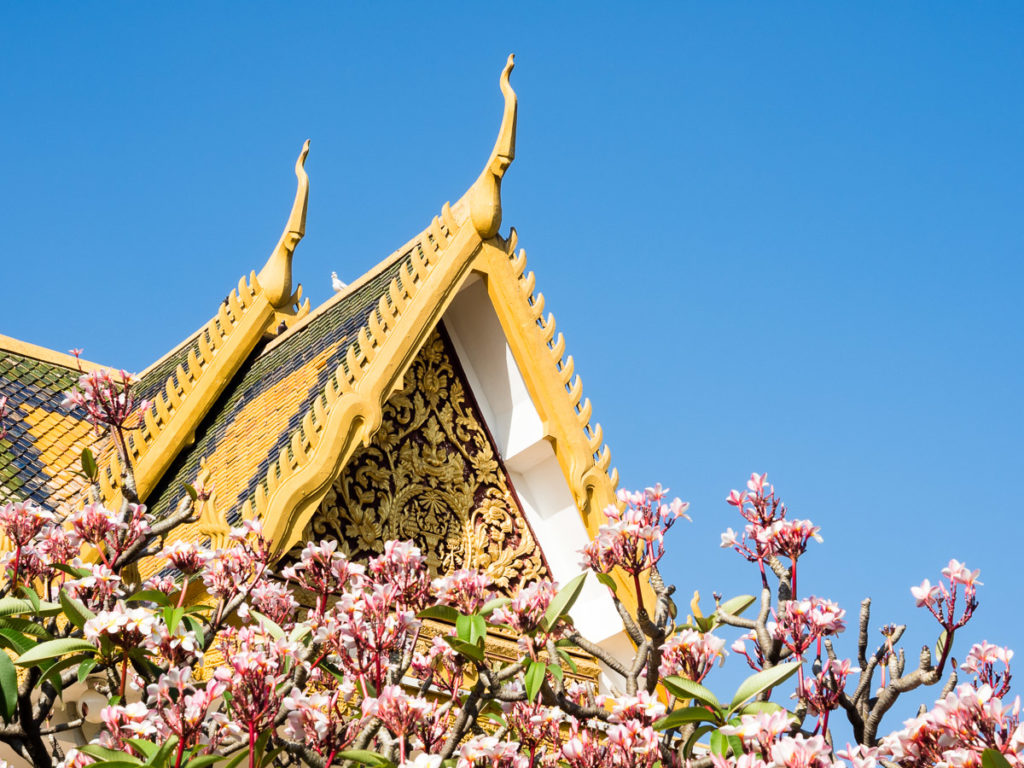 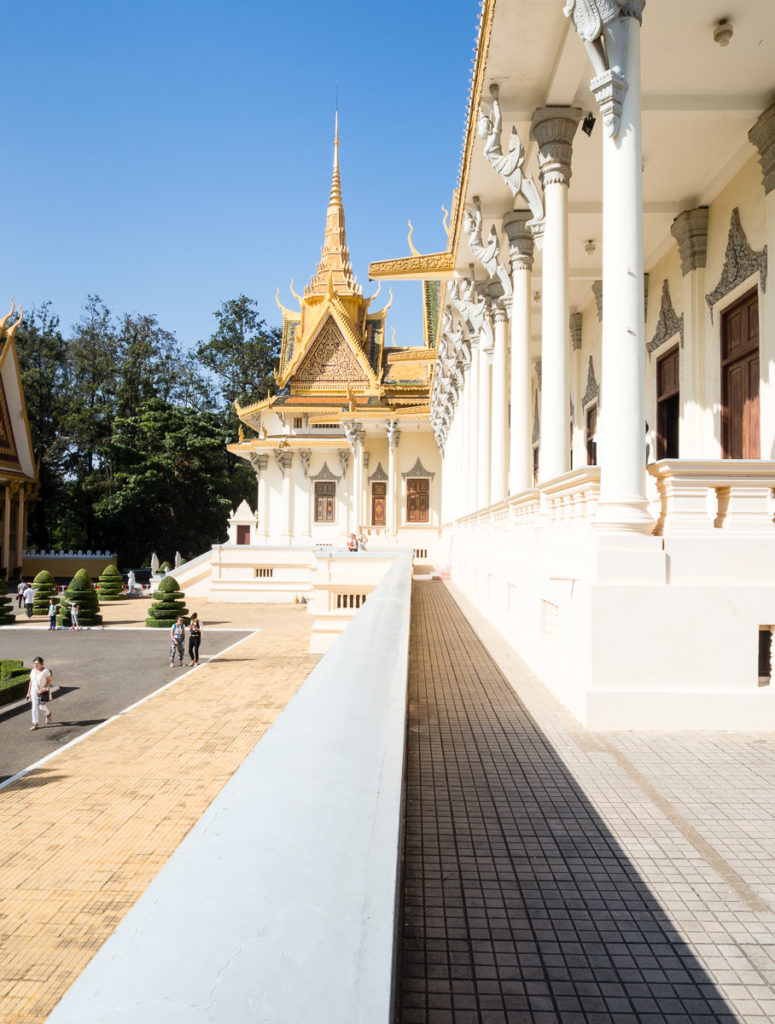 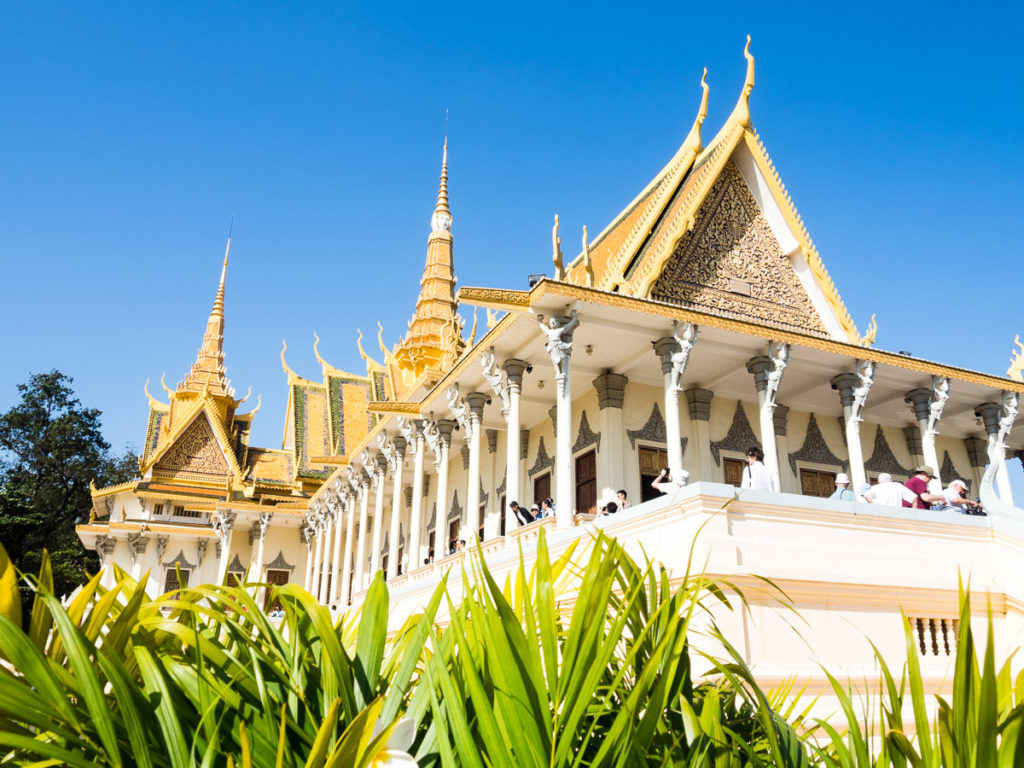 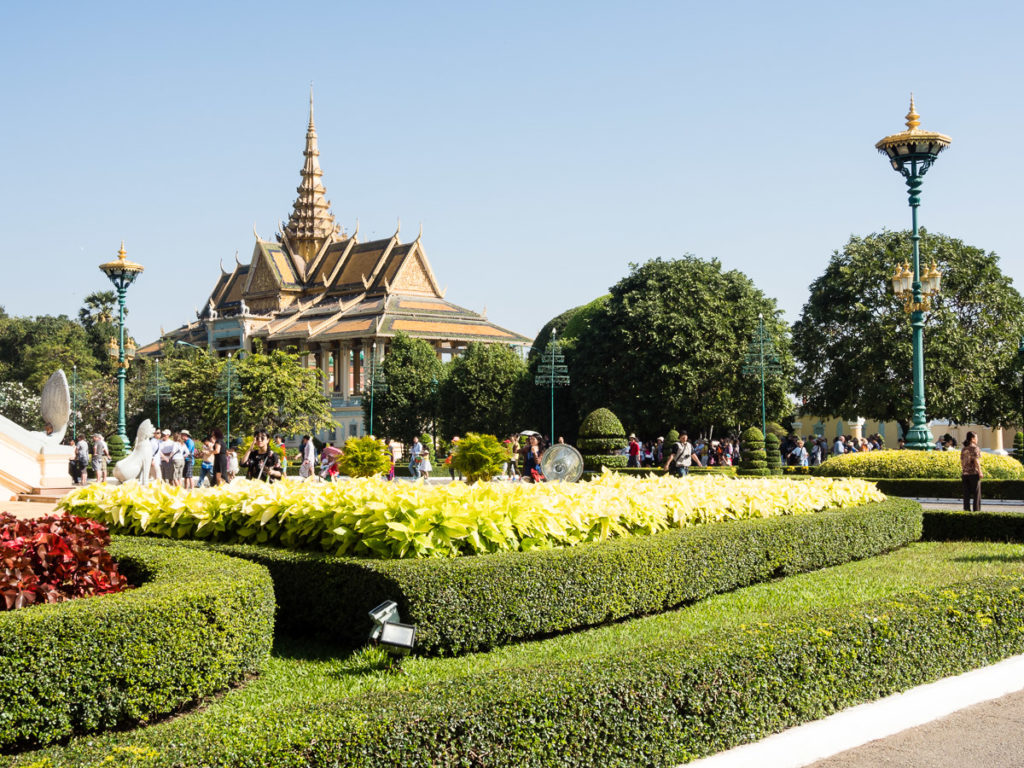 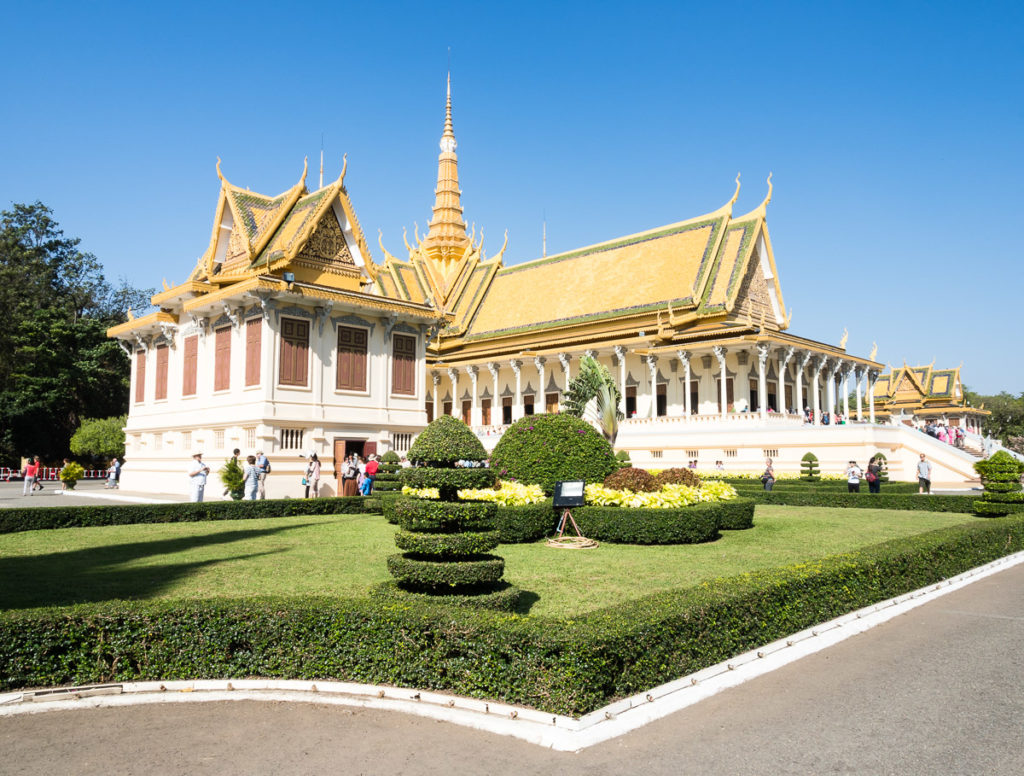 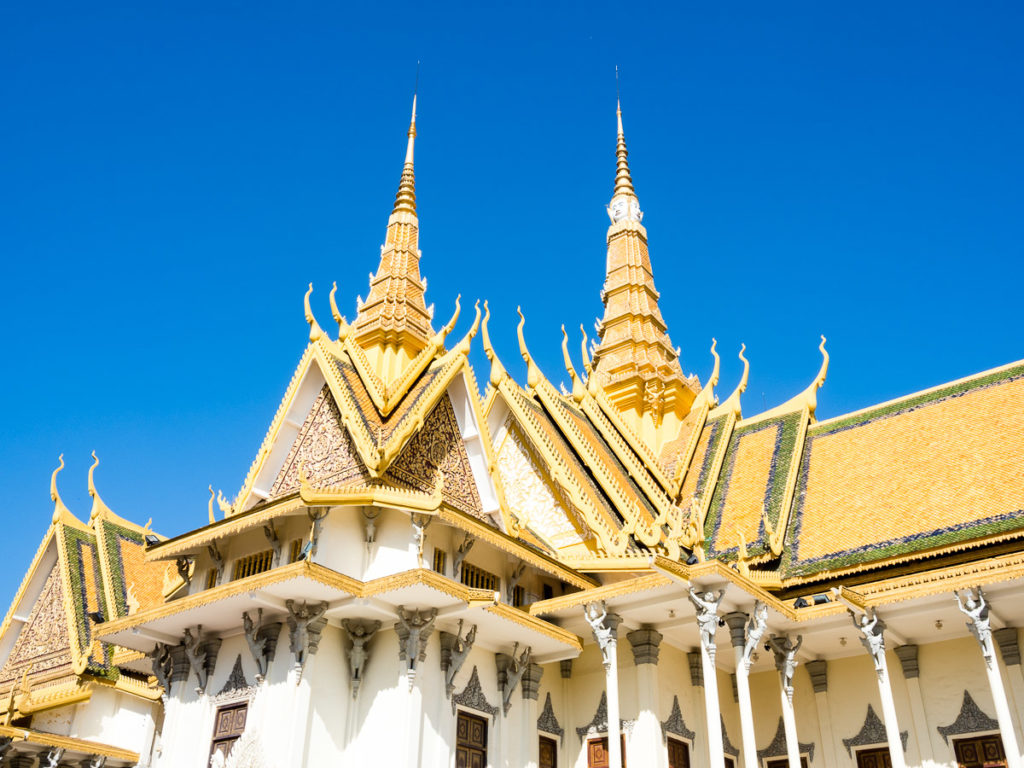 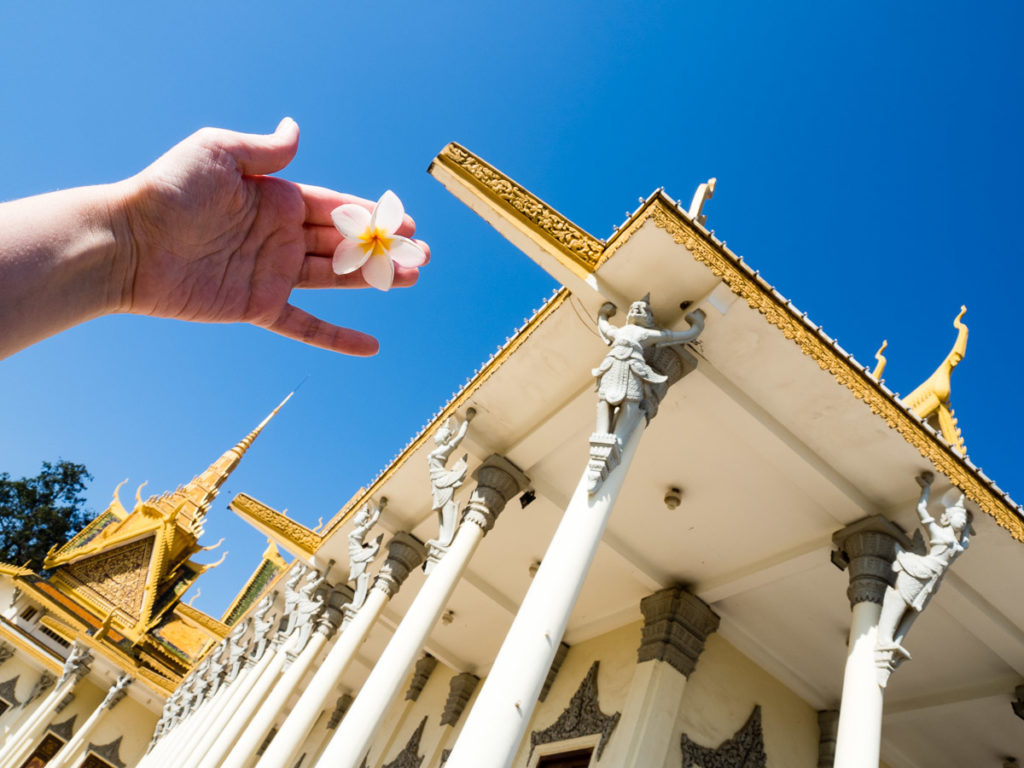