Kokuzo shrine is featured in Engishiki, the list of shrines dating back to Heian period, which makes it one of the oldest shrines in Aso region. With its quiet atmosphere and peaceful surroundings it stands in stark contrast to the vibrant and bustling Aso shrine, only 6 km away. Far fewer people venture to Kokuzu shrine. At the time of my visit I’ve encountered only a couple of other travelers.

One of the points of interest here is the remains of the great sugi of Teno: a huge polished trunk of a famous old growth cryptomeria tree that died in 1991 during a typhoon. This national monument was said to be 2000 years old.

The dead tree trunk is surely impressive, but I enjoyed just being there, walking under the canopy of trees that are very much alive. The shrine buildings themselves are simple and not particularly old, but you can feel the age of this place. It’s in the air. 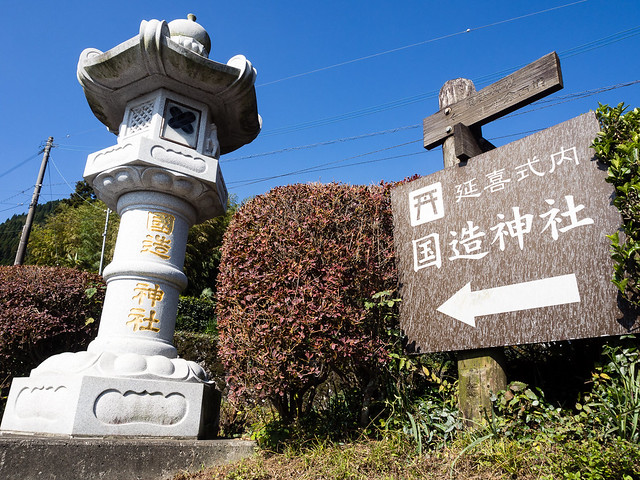