On the third day of my road trip after spending early afternoon hours at Minobusan Kuonji I headed to the nearby Shimobe Onsen, where I had a ryokan booked for the night. This is a typical countryside hot spring village, rather small I would say – smaller then I expected and not very lively. Maybe it was because of the rain, but the place almost felt deserted when I arrived around 3 pm – I thought I would stroll around and explore, but there was nothing to explore. I just took a couple of pictures of one pretty building they have there and checked in into my ryokan, Umezono. Soaking in a hot spring bath seemed like a better idea. 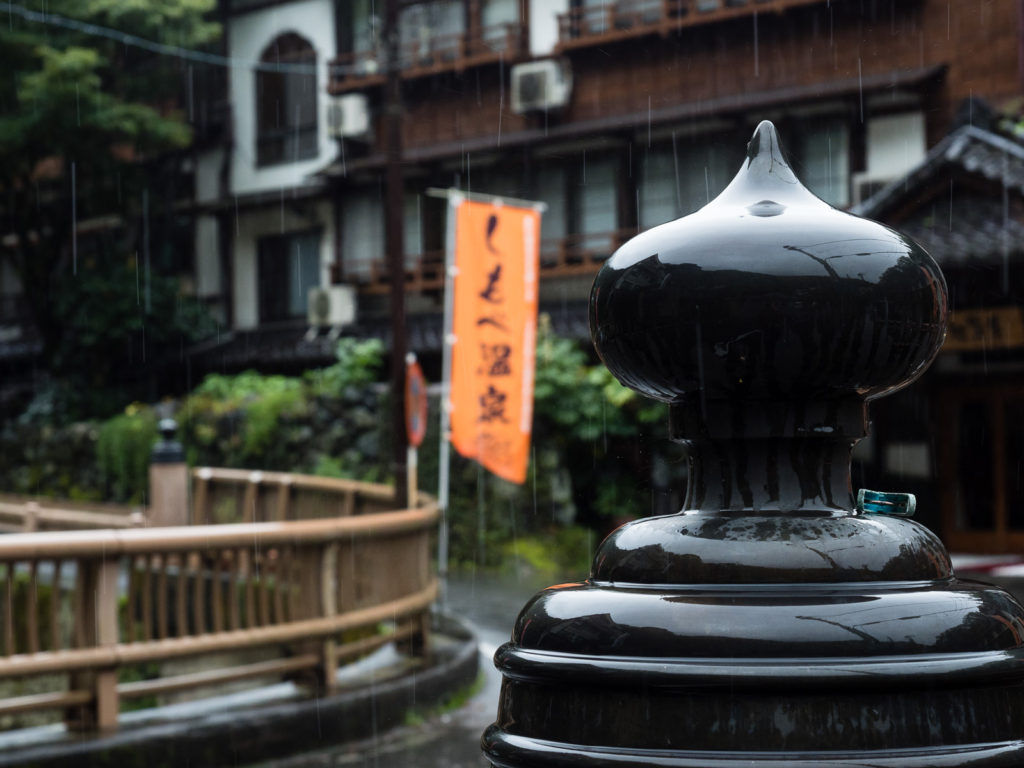 I wasn’t particularly impressed with baths at Umezono (they don’t even have a rotenburo), but was very impressed with their food – dinner was the best meal I had during that trip and one of my best meals in Japan ever. Thumbs up to Umezono for that, but apart from food nothing really stood out.

Because there was nothing more to do in Shimobe I had to think of another place to go next morning. After a quick search online Hayakawa valley came up, it was only about half an hour drive, and waterfall pictures looked promising. I like waterfalls, not least because they are weatherproof. Doesn’t matter if it rains or not – It’s all the same at a waterfall, so I settled for the Kenshin-no-taki. It was close and seemed easy to get to. 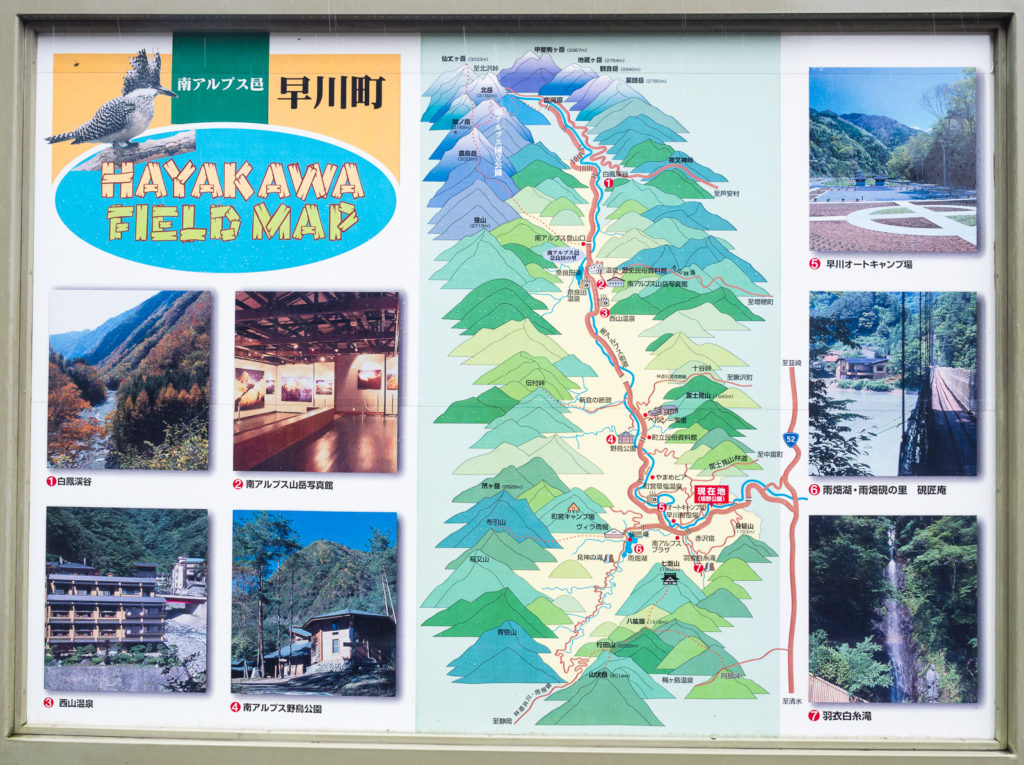 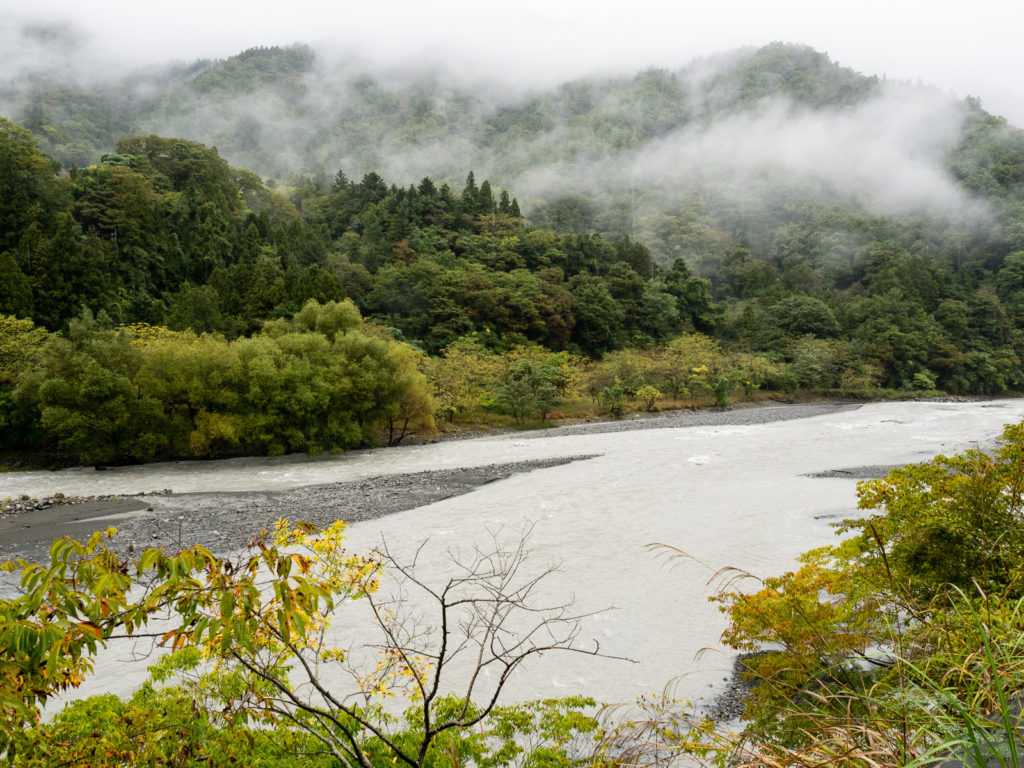 And it was beautiful. Small, pretty, completely deserted (which in this case is a good thing), with some trees around starting to change color. It often so happens that spontaneous decisions make for the most memorable travel moments, and this was precisely the case. 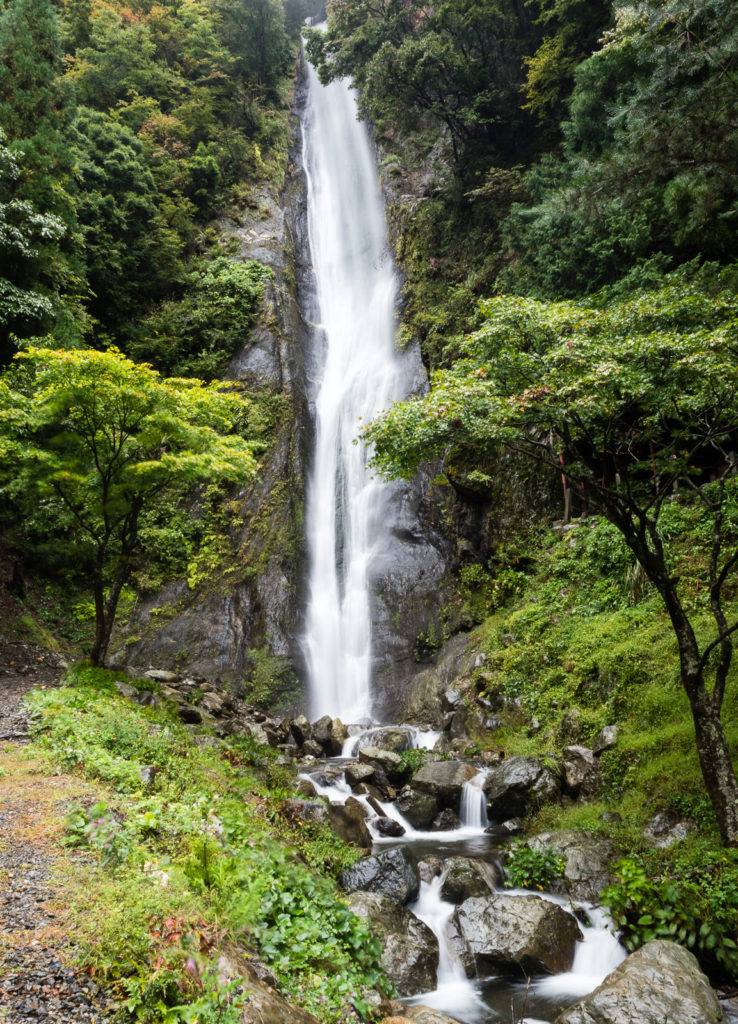 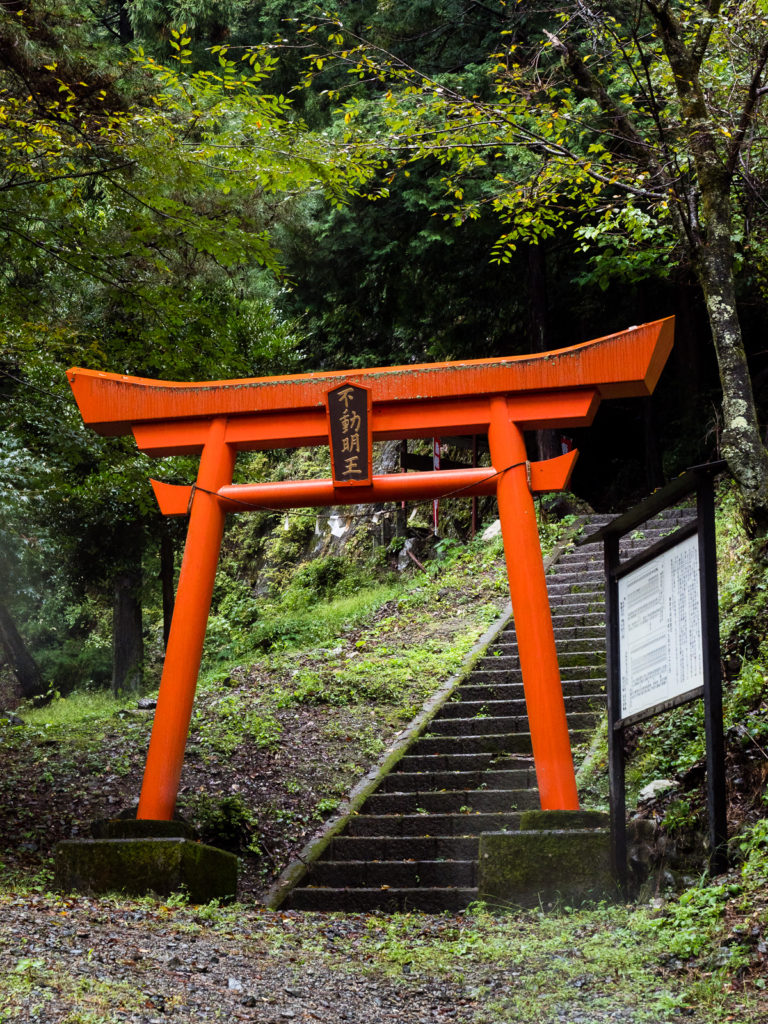 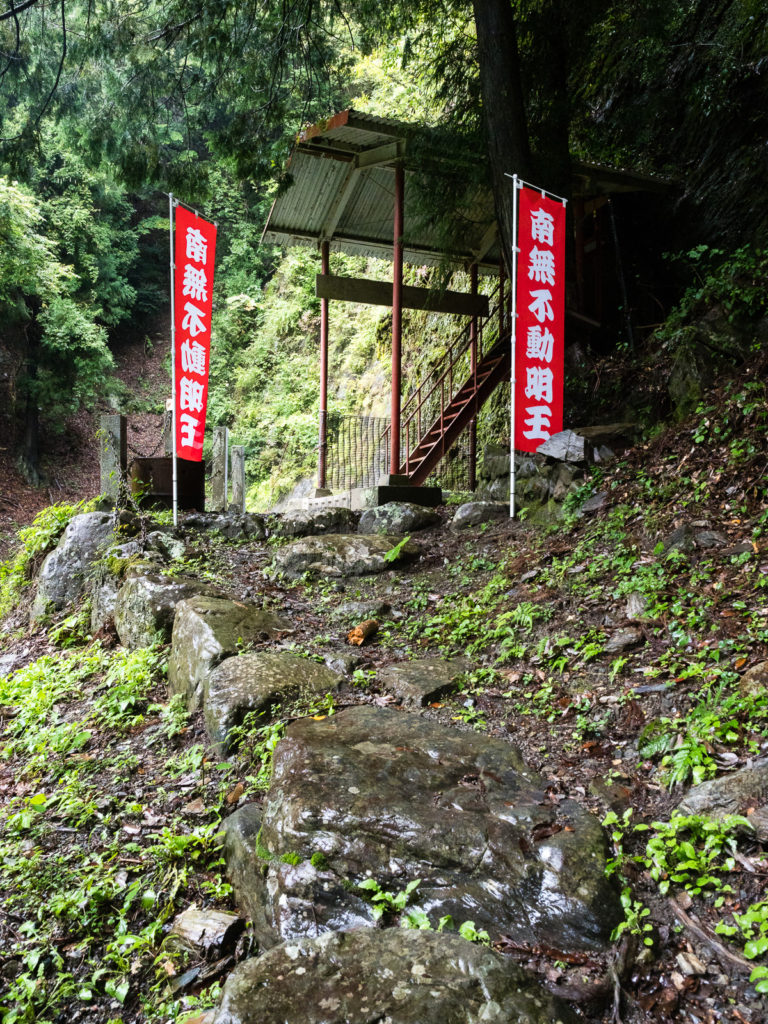 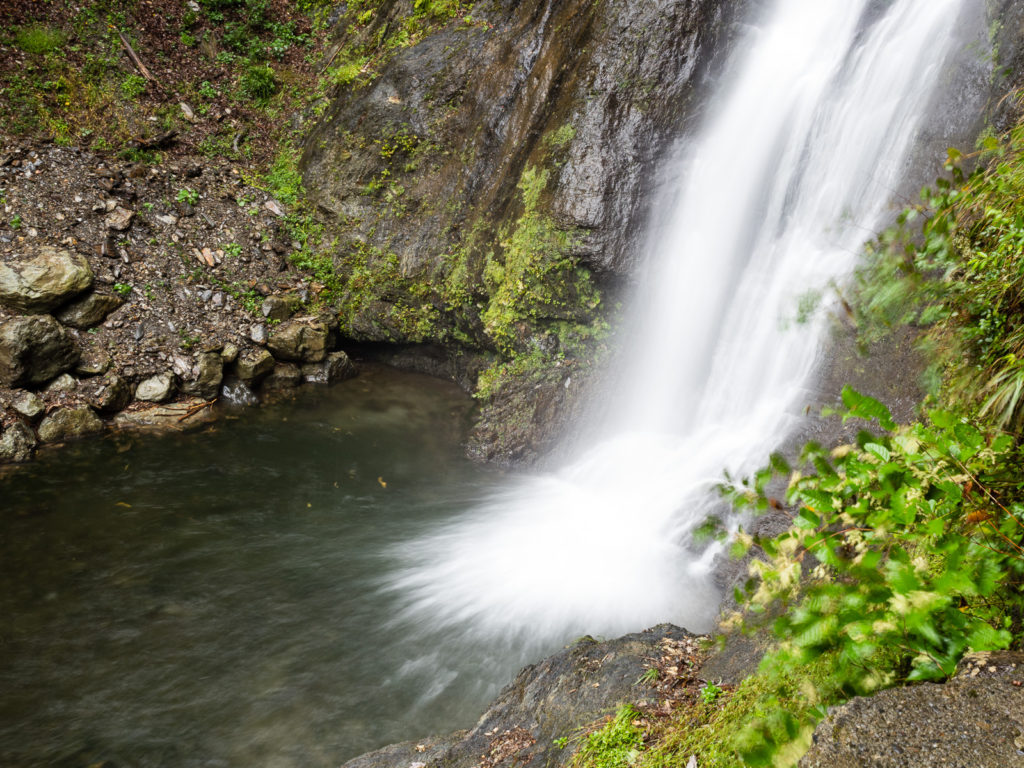 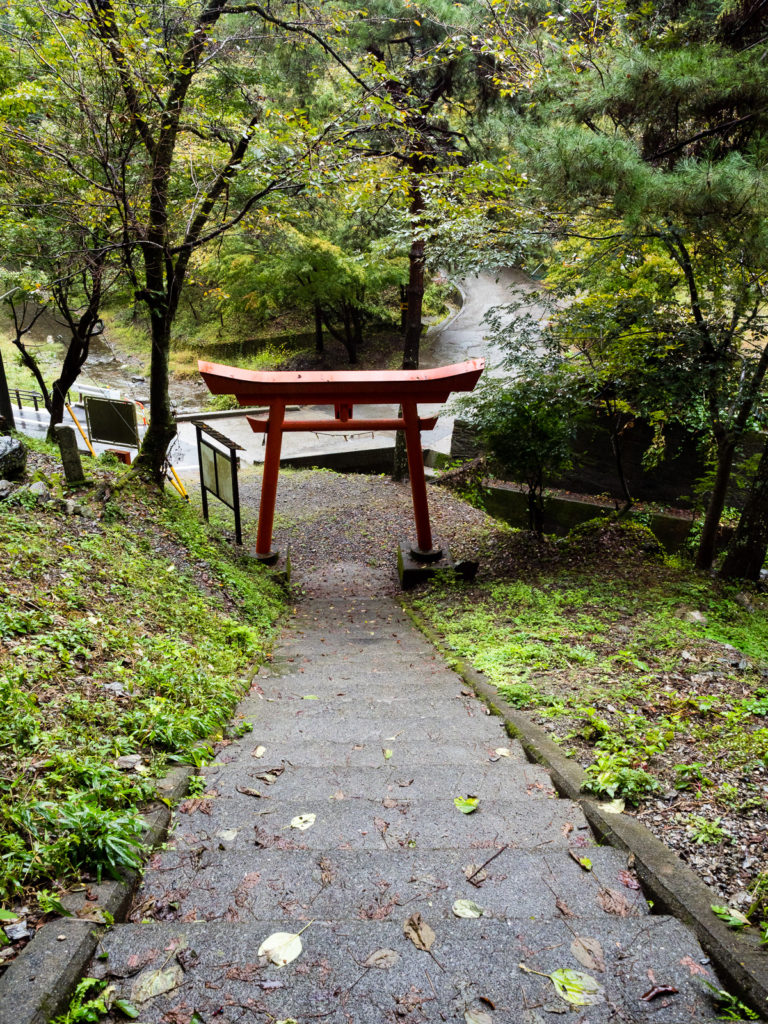 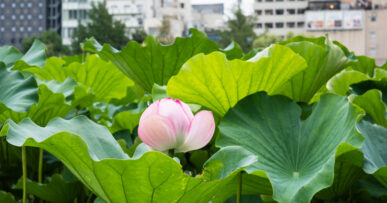