Takashima castle was once known as The Floating Castle of Suwa – it stood on the shore of Lake Suwako and borrowed lake’s water for its moats, which is also the reason why it’s counted as one of the Three Famous Lake Castles of Japan. The weird thing is that now Takashima castle is nowhere near the lake – it’s in the middle of the city, quite far from the water, although the castle itself never moved. Apparently, land reclamation was already a thing in Edo period: the ground was filled, the water moved away, and the castle ended up surrounded by residential buildings.

Today most of the castle structures are concrete reconstructions, including the main keep. Only parts of the original moat have been preserved. It’s still worth visiting for the nice garden and city views from the top floor. 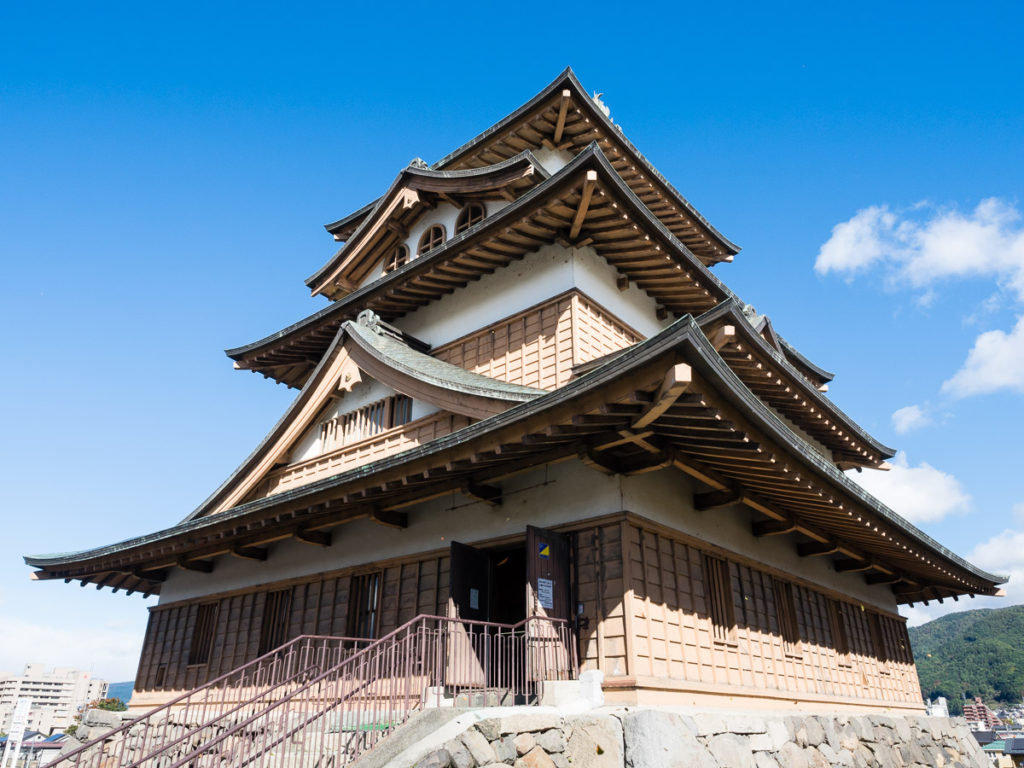 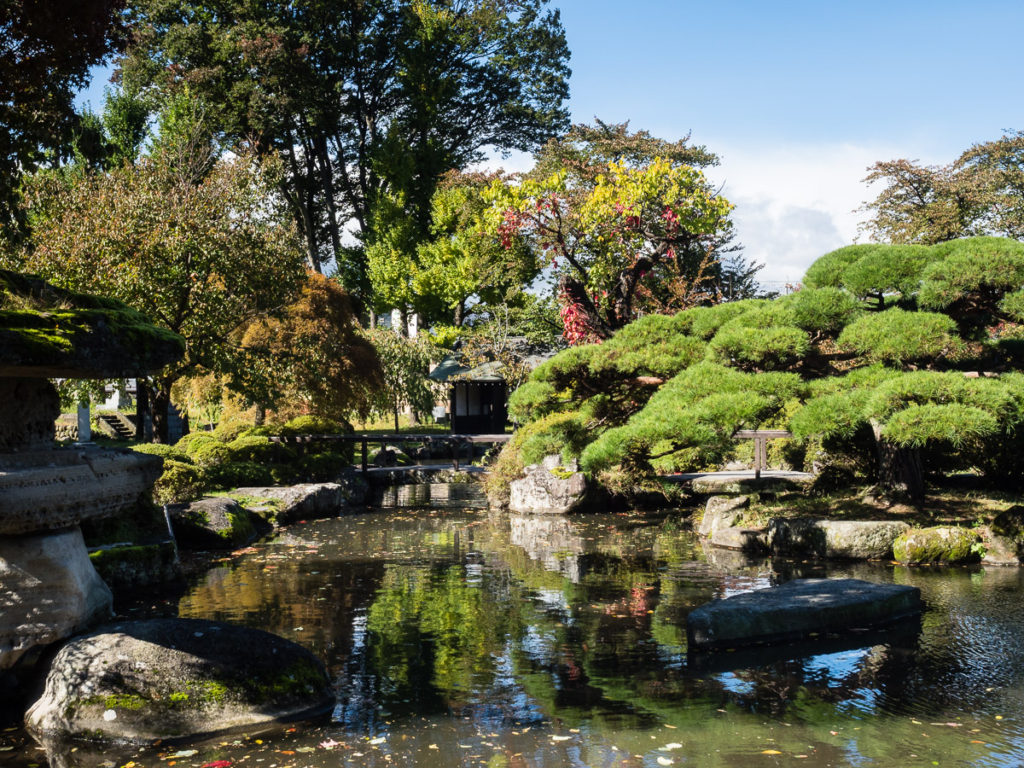 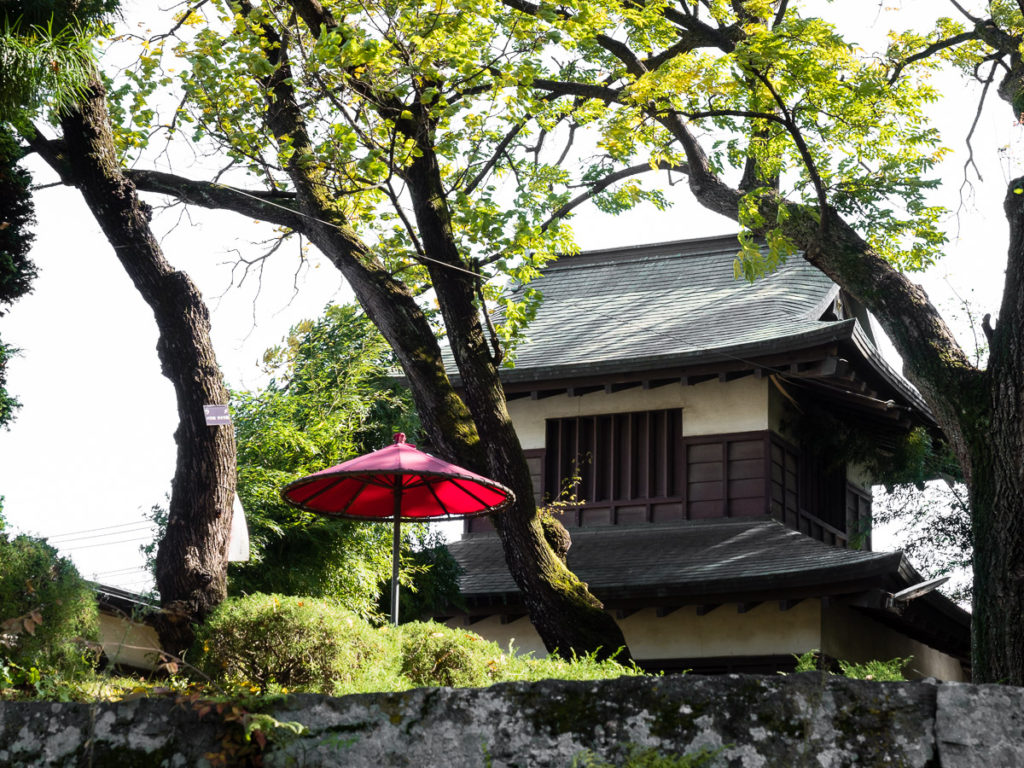 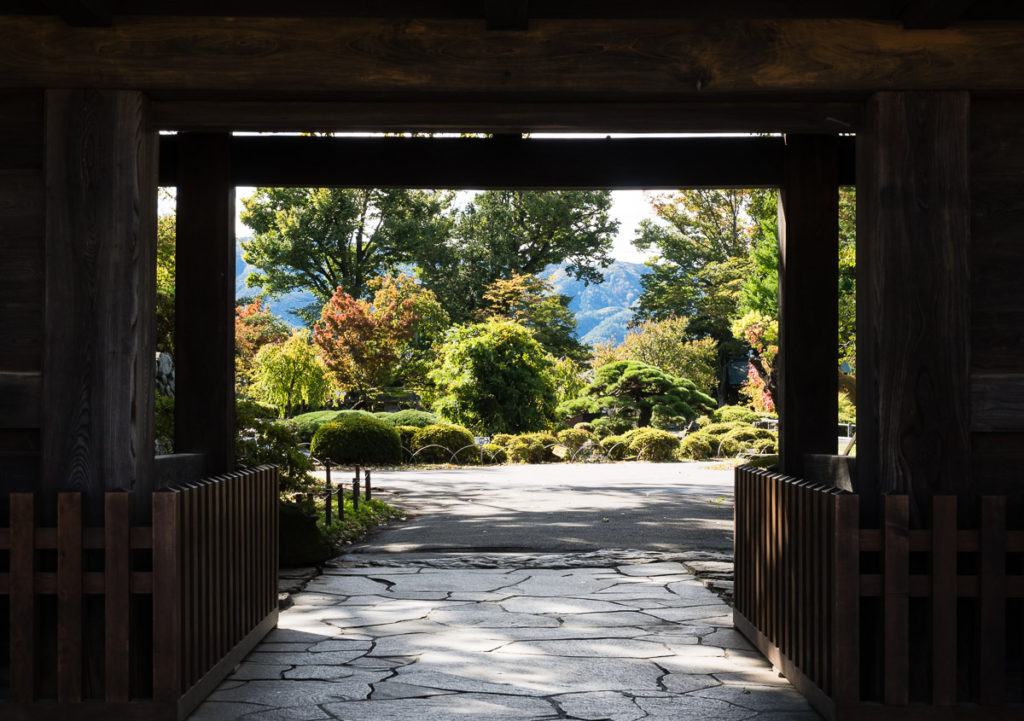 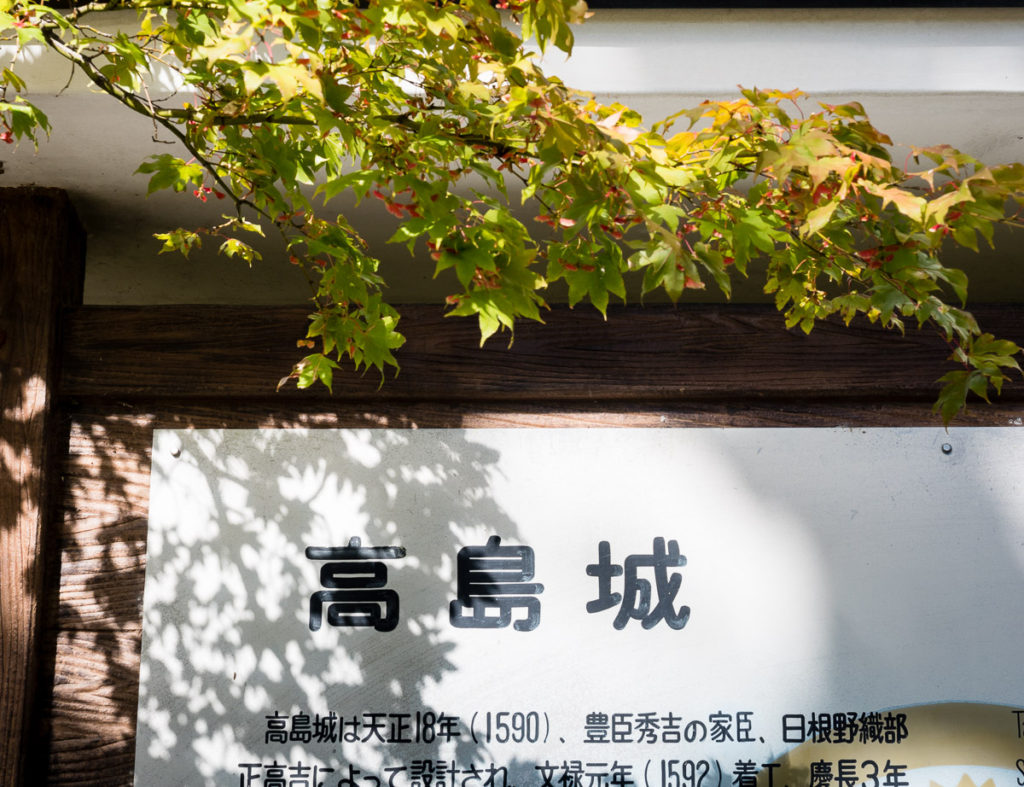 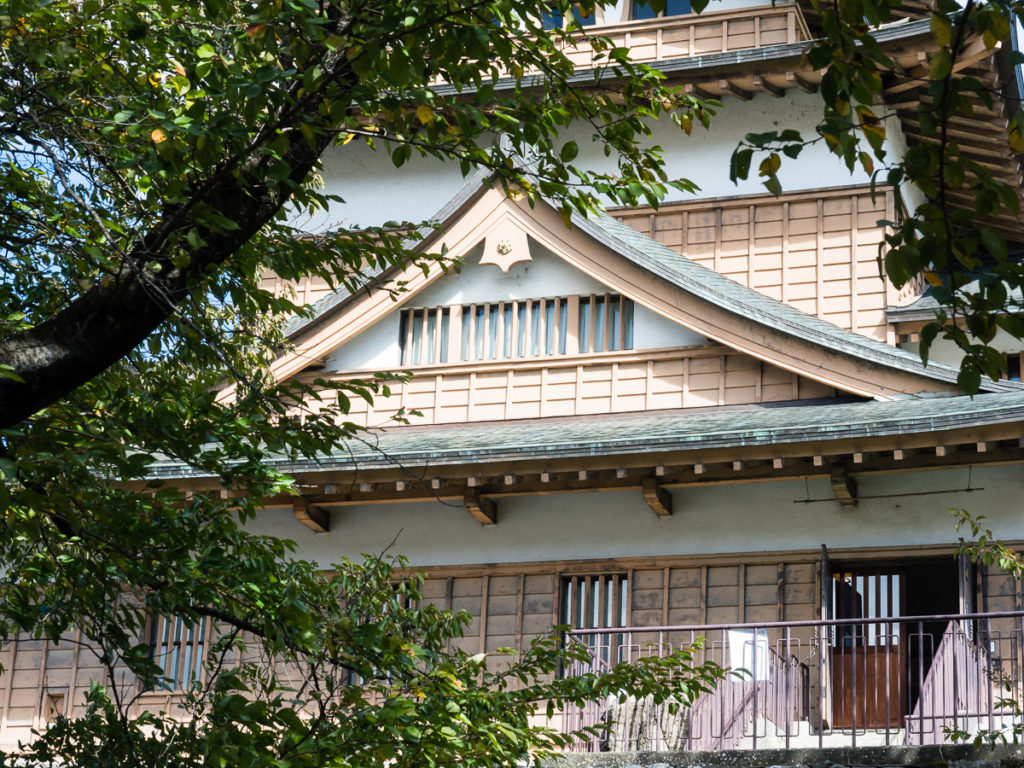