On a journey from North to South or vice versa Hoi An is located roughly in the middle. From 15th to 19th century it was an important sea port and center of South Asian trade, but then fell into decline, which allowed it to remain unchanged, with original buildings and city layout intact, until it was rediscovered and eventually made UNESCO World heritage site in 1999.

Now it is a very touristy place. Don’t get me wrong, I do enjoy touristy places now and again, but somehow this one didn’t quite agree with me. Maybe because it was too crowded, maybe because the staff they were selling wasn’t my kind of staff. I spent one moderately pleasant evening strolling the main street, took a few photos, and that was enough. Day trip to My Son the next day was much more interesting. Have I had more time, I might’ve felt compelled to see more of Hoi An proper, to check out the museums… But who knows, maybe I’ll come back here one day. 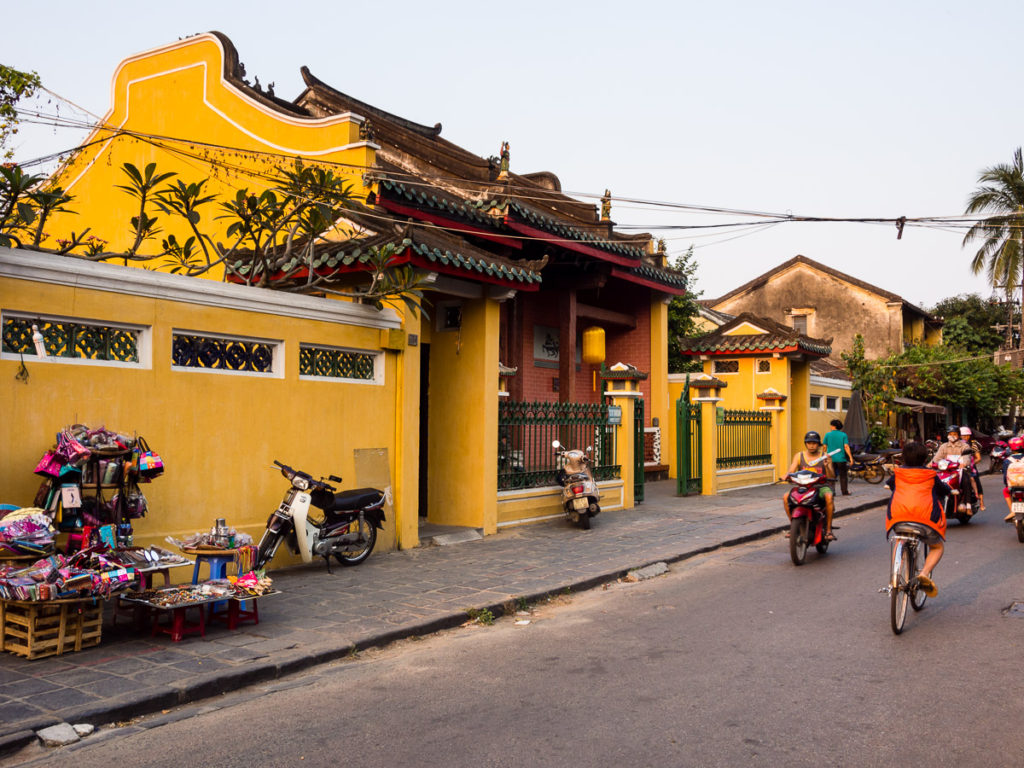 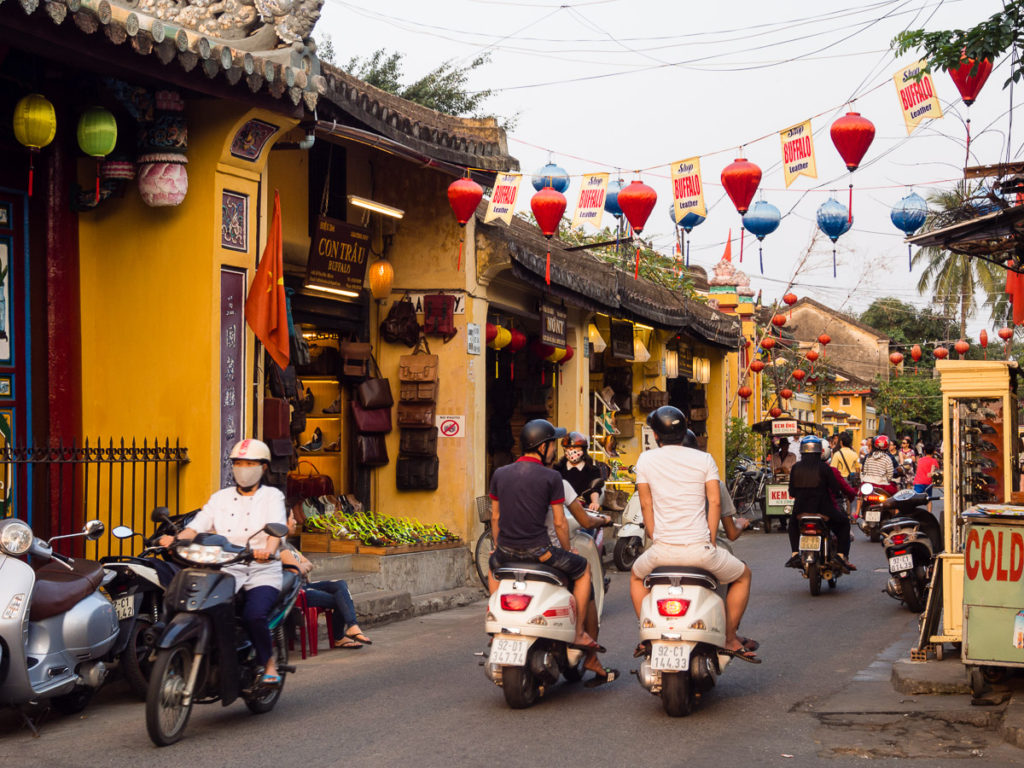 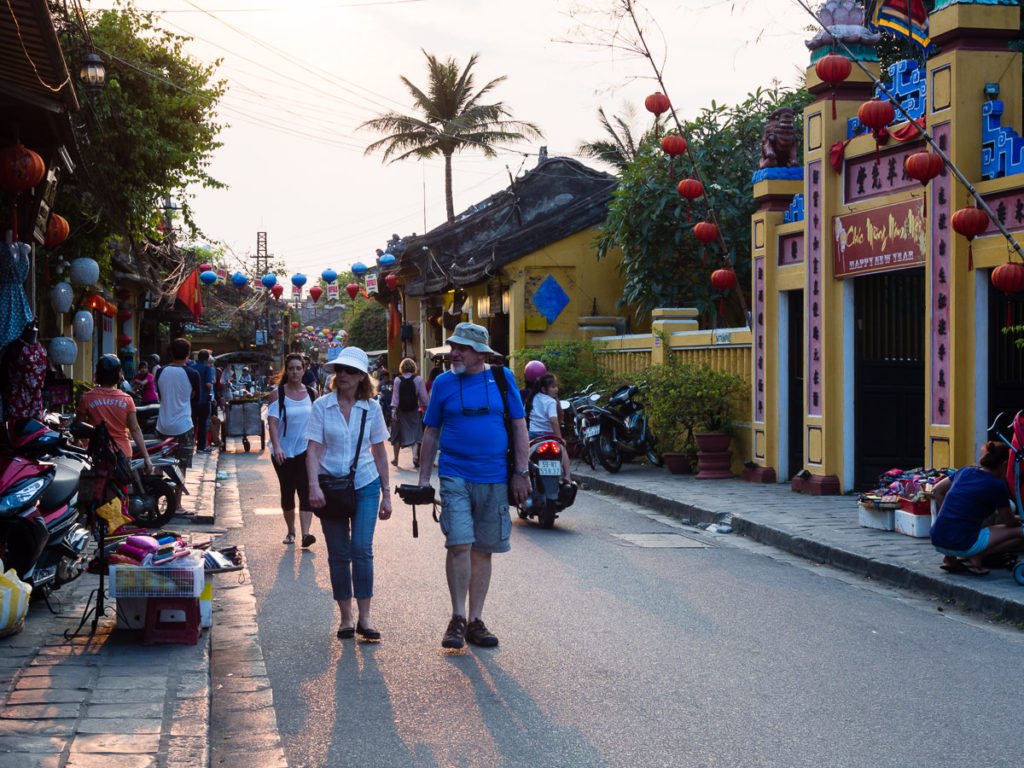 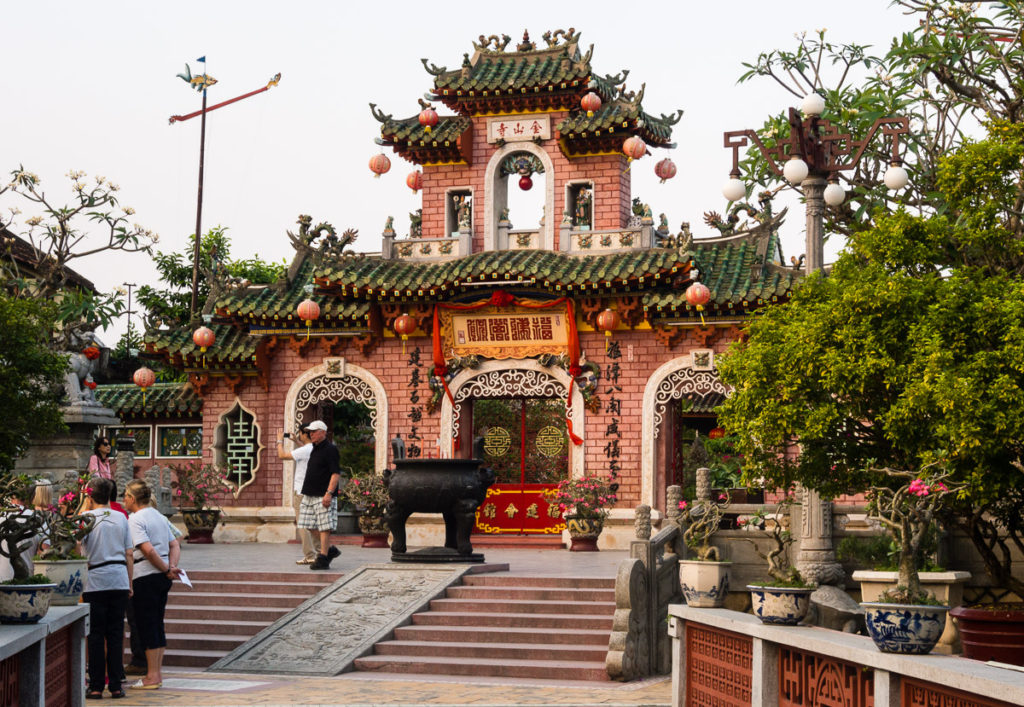 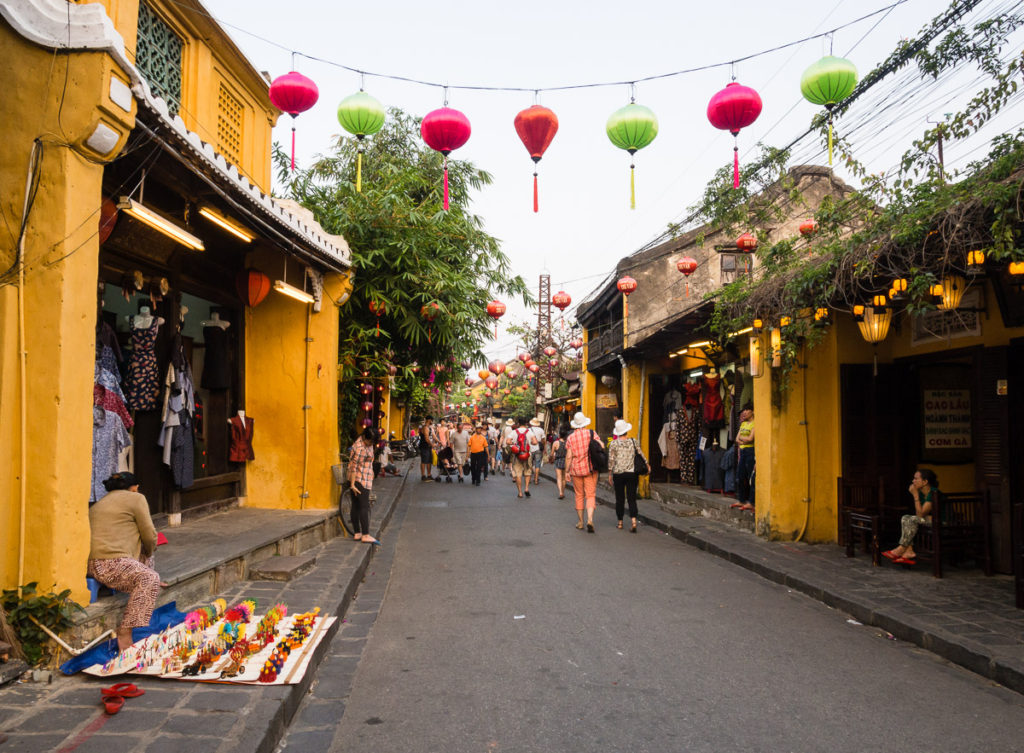 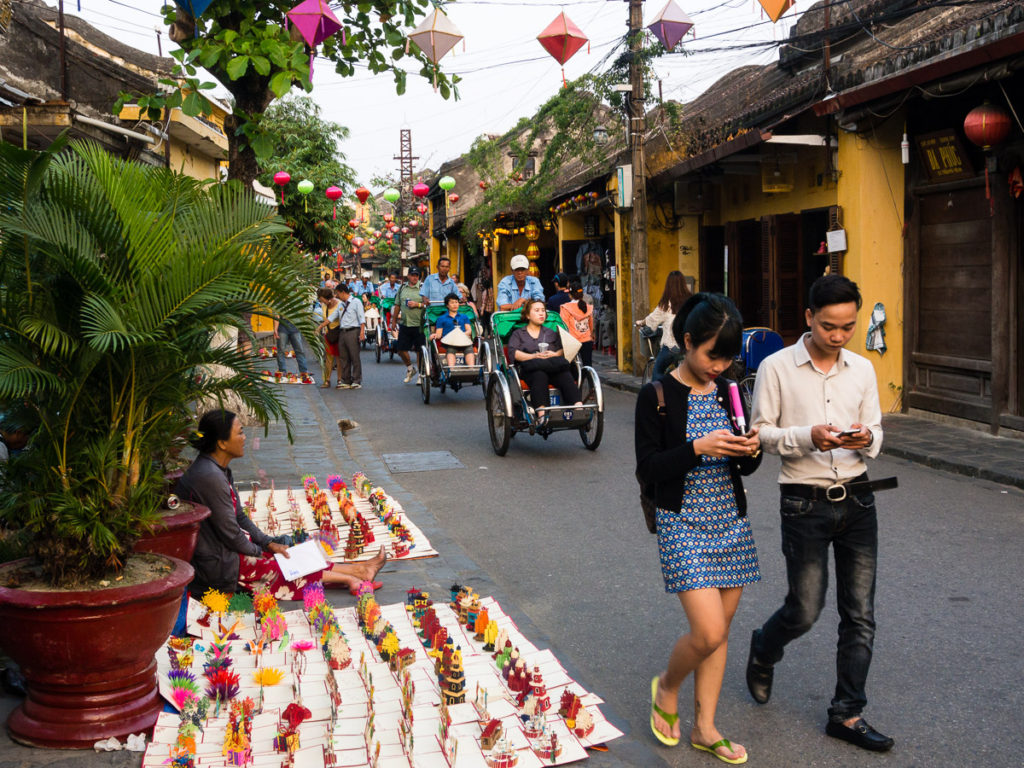 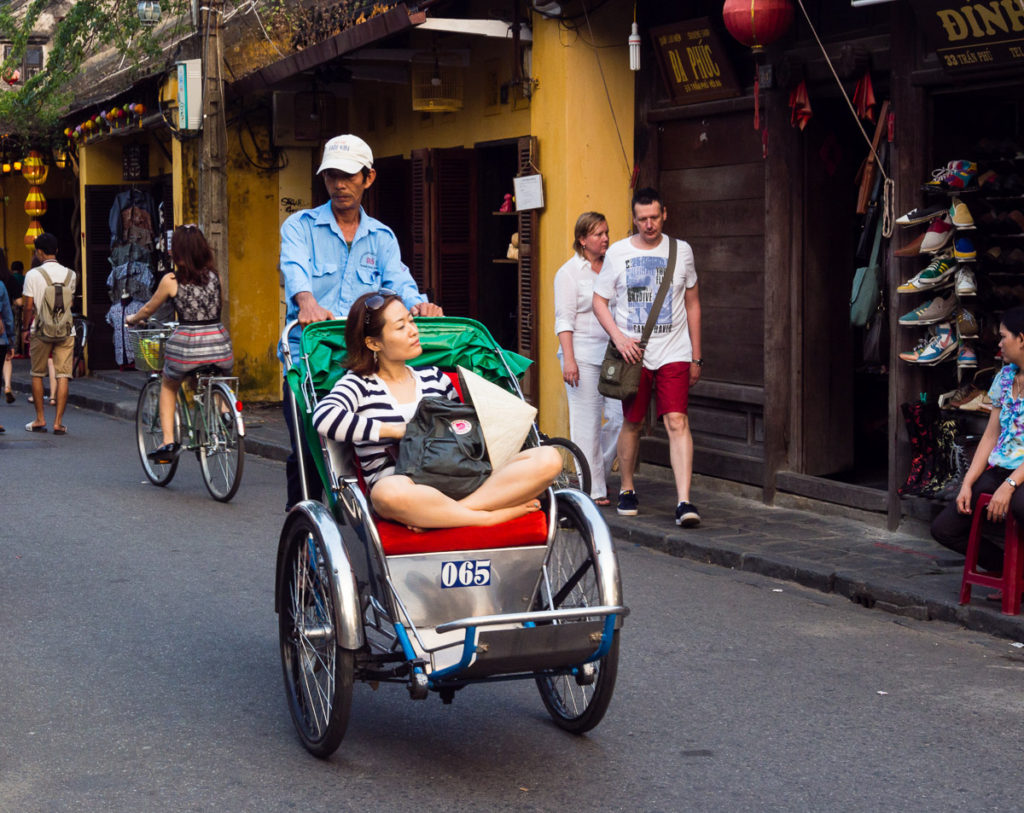 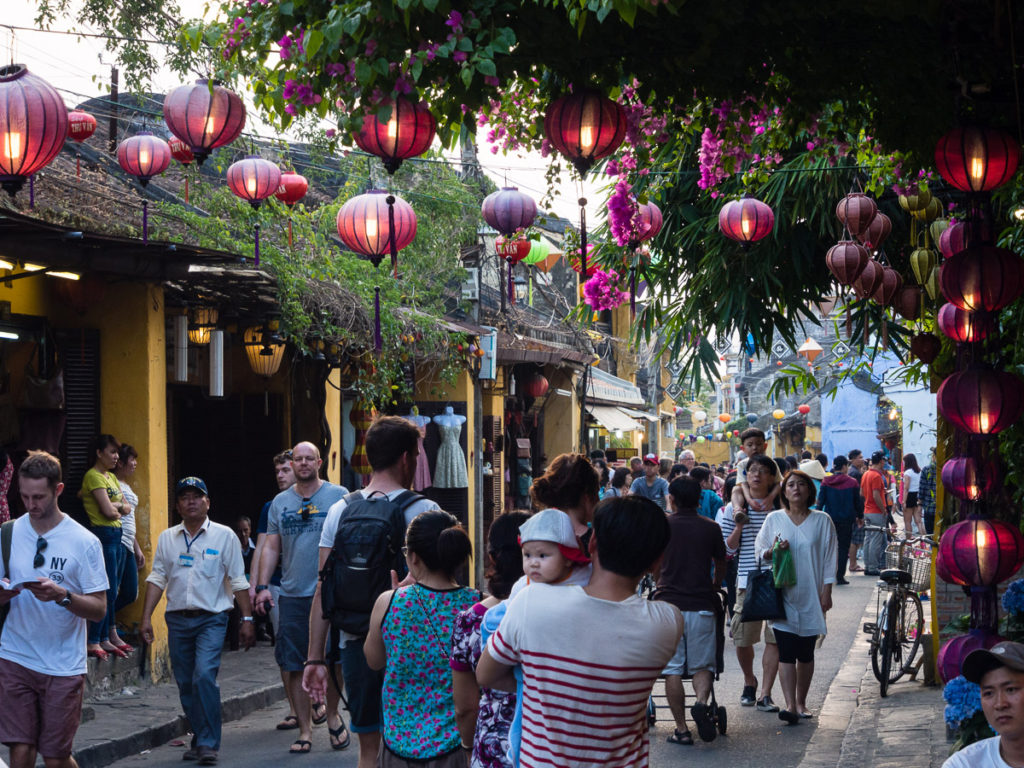 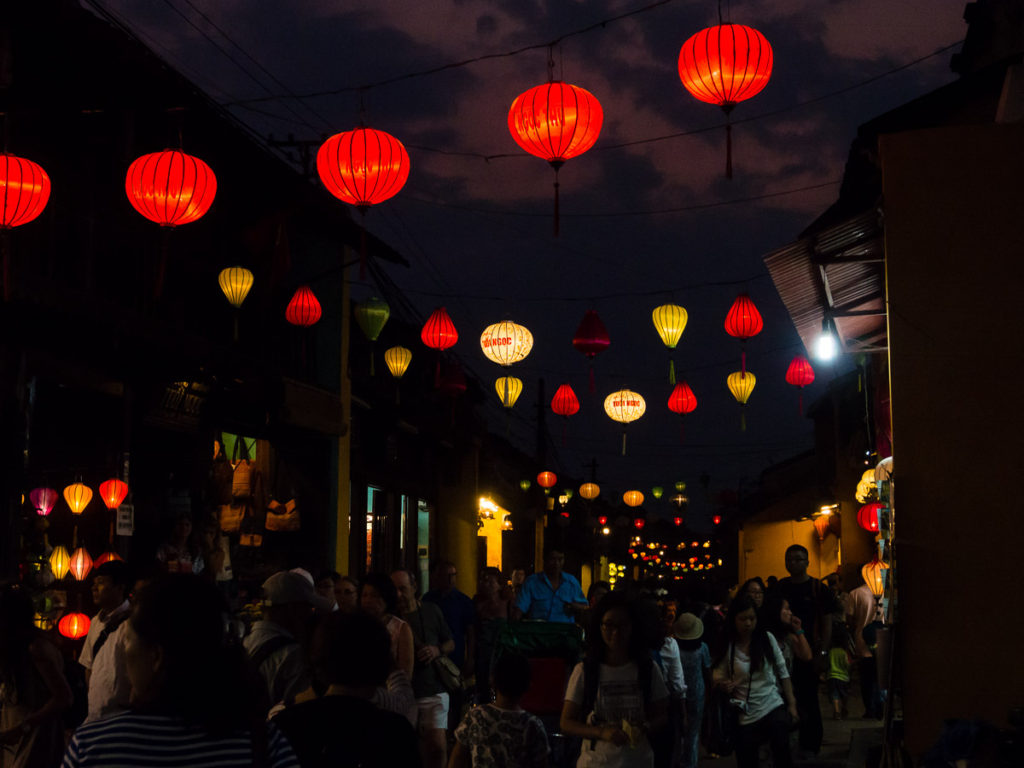 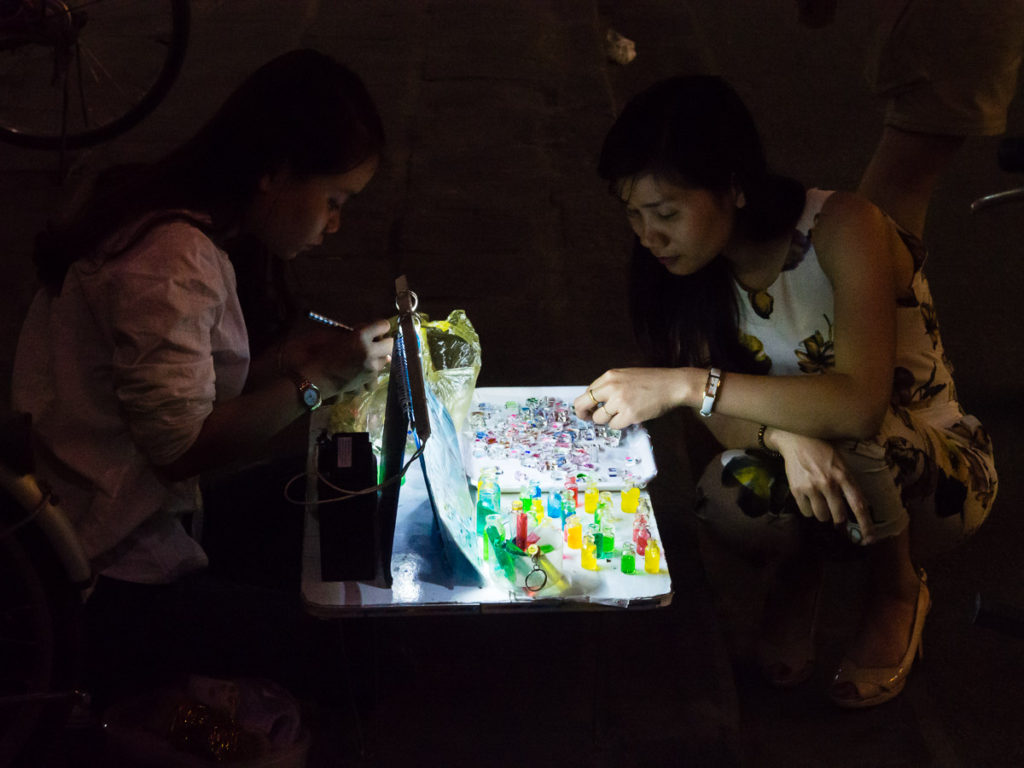 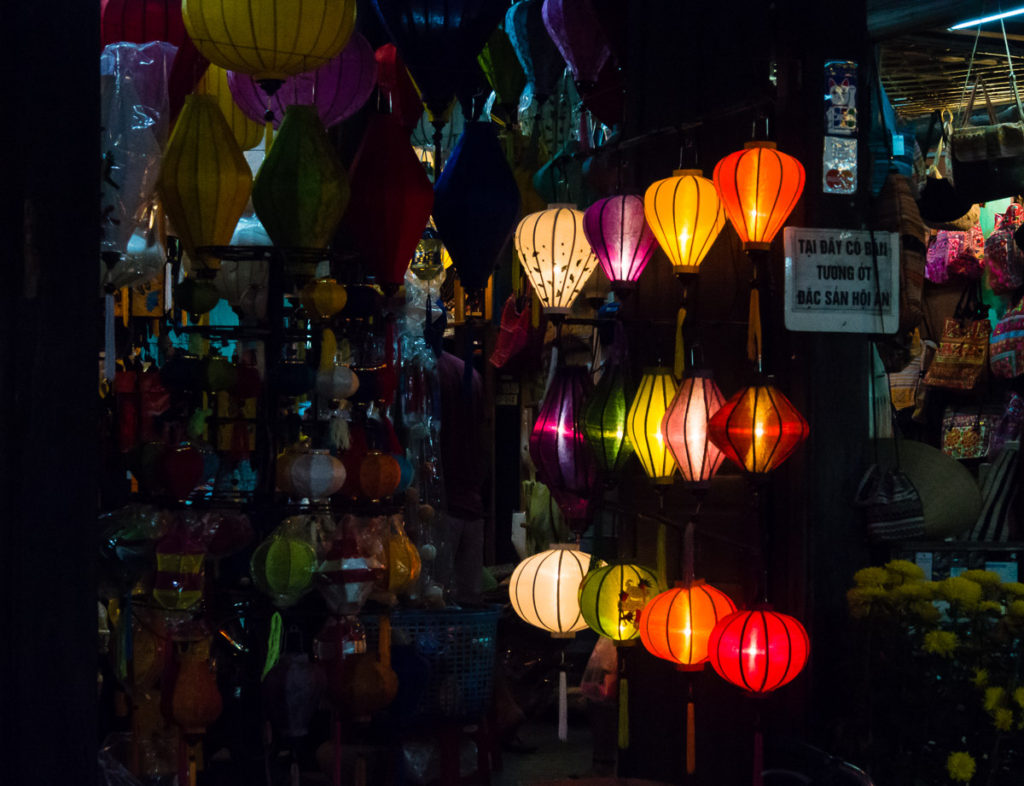 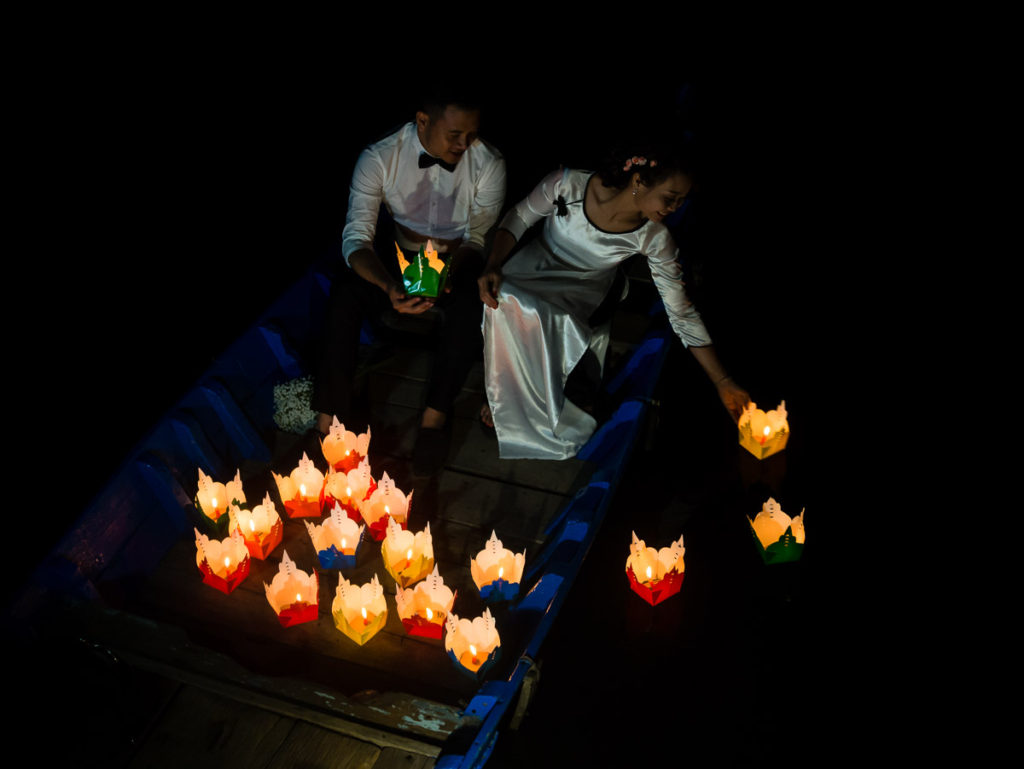 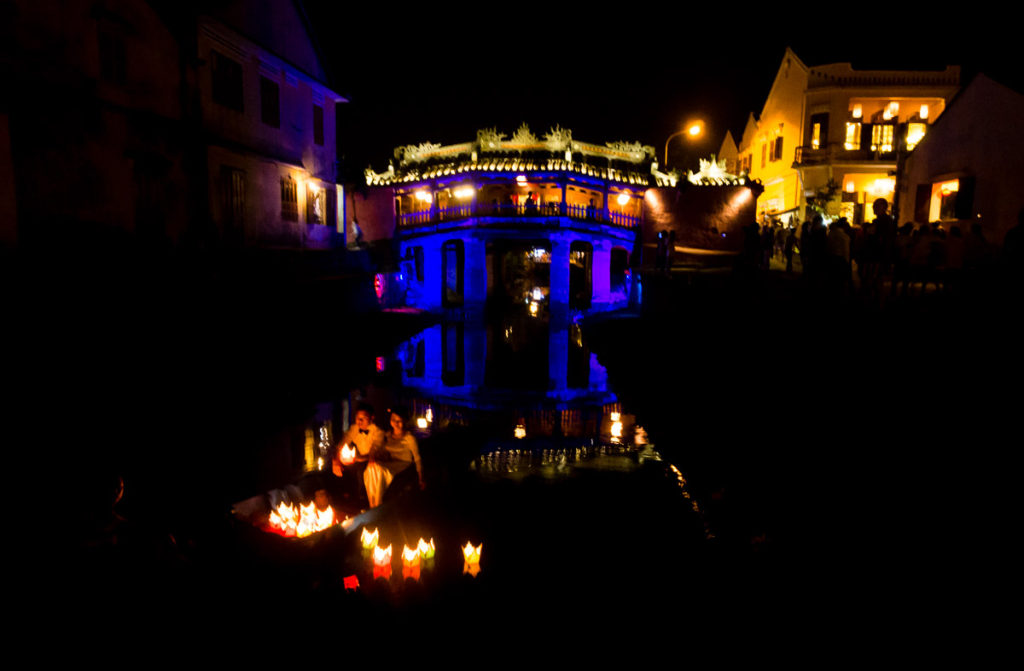 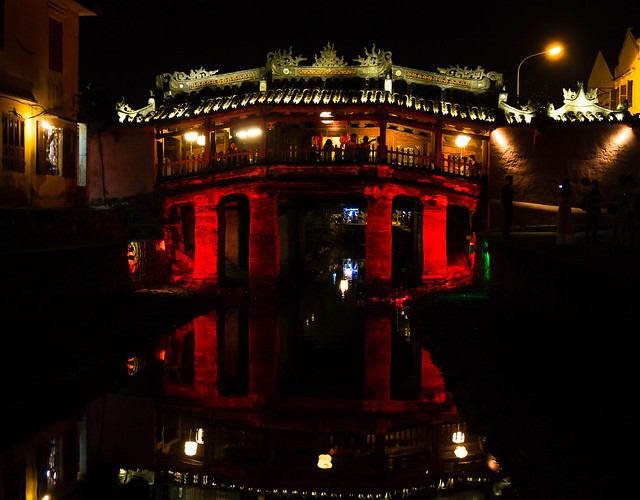