Travelling North to South, I arrived to Hue, a historic city in the middle of the country, by plane from Hanoi and stayed for 2 nights at one of the city hotels (Alba Spa Hotel). The main attractions here are associated with imperial dynasty that ruled from 1802 to 1945; there is an imperial citadel in the city and imperial tombs outside of it – both a Unesco WHS site.

Hue city suffered heavy damage during the Vietnam war, leaving the citadel largely destroyed. Still, there are some interesting structures left, and the reconstruction is underway.

What I loved most about the Imperial City of Hue is how peaceful it was – a heaven of tranquility compared to, for instance, The Forbidden City of Beijing. The scale of the Vietnamese site is much smaller, of course, but it’s still lovely. Lots of greenery too – lawns, trees, flower gardens. It felt like walking in a park. I think I spent more than two hours there. 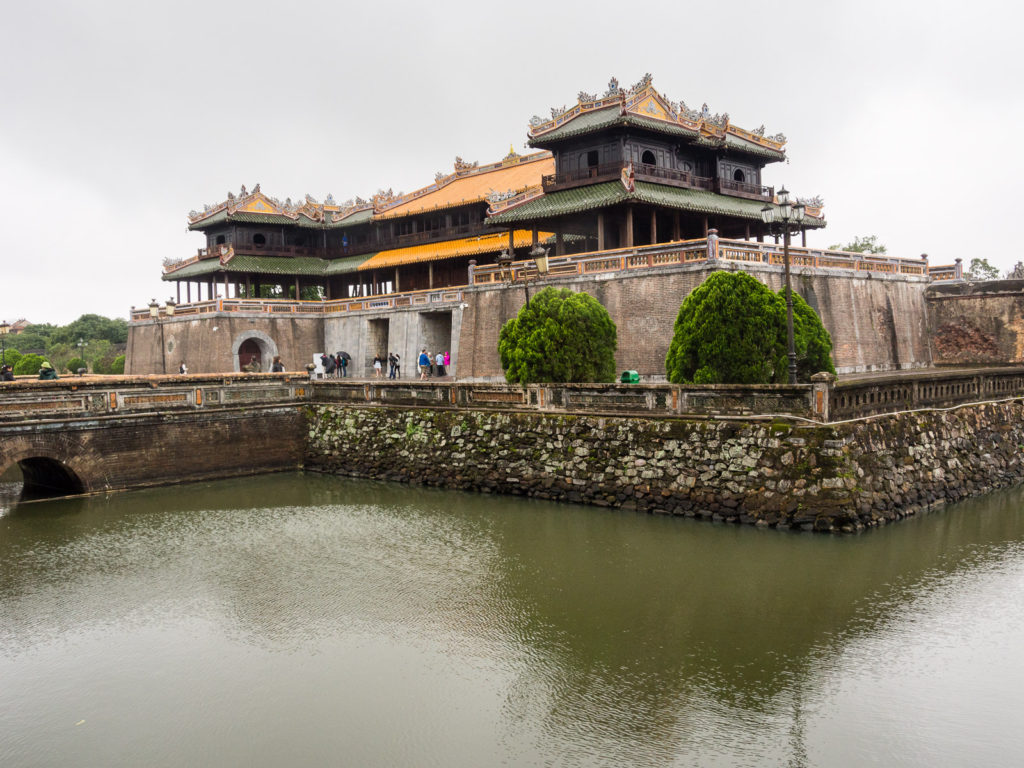 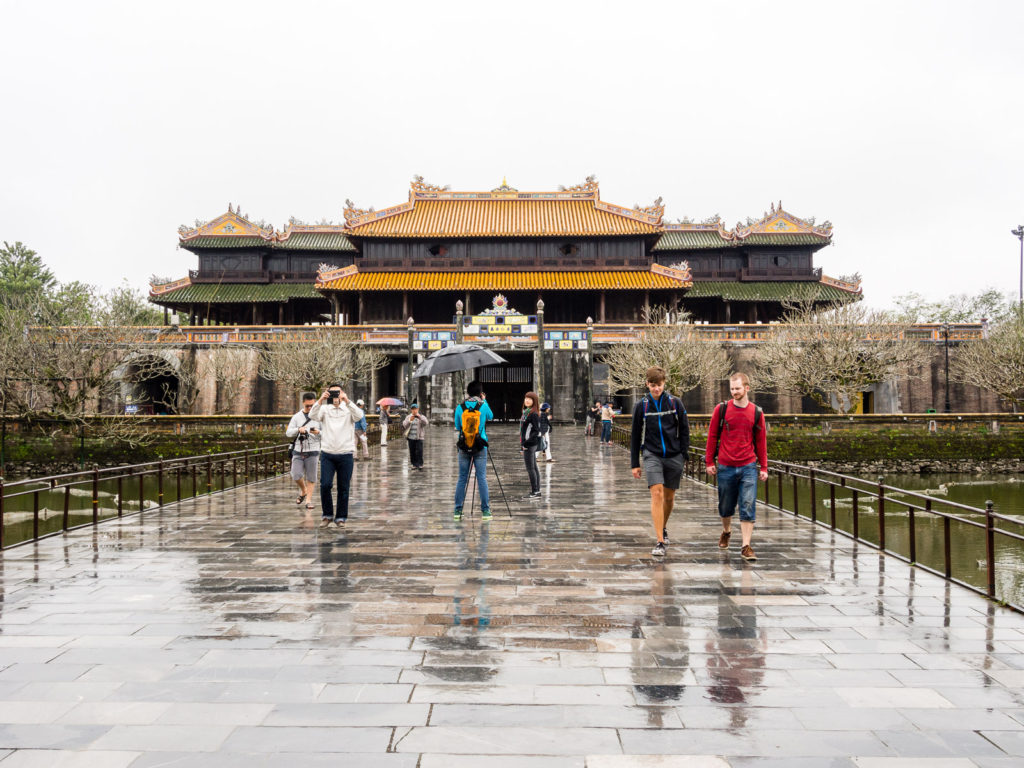 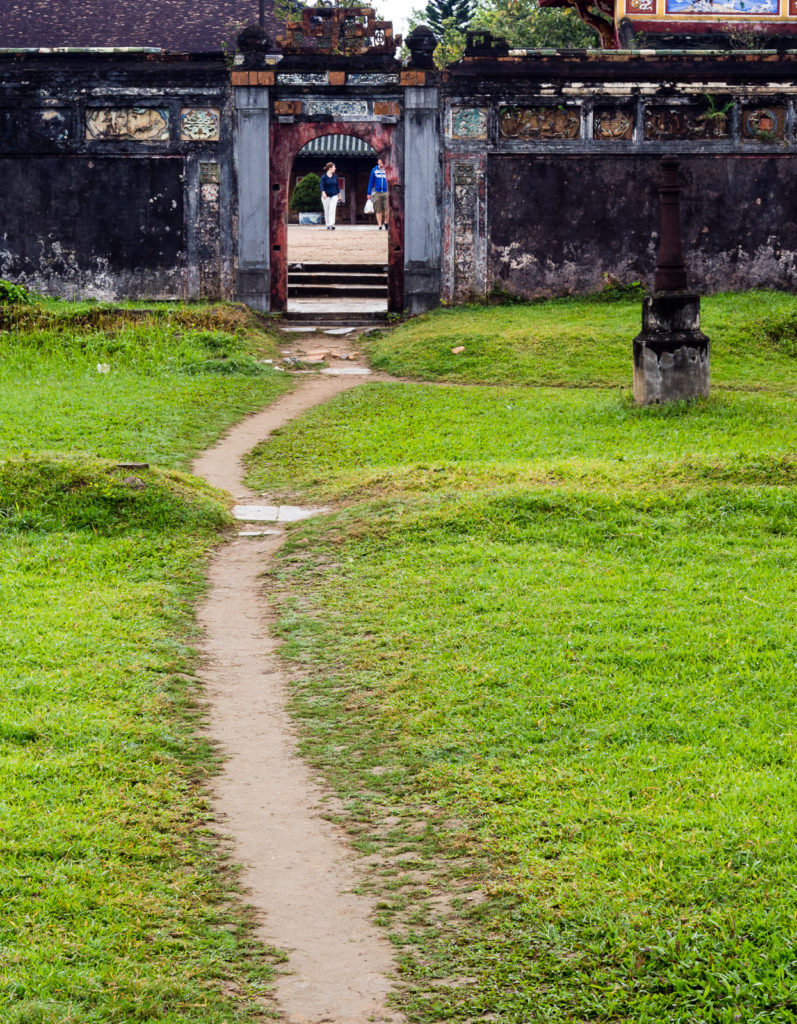 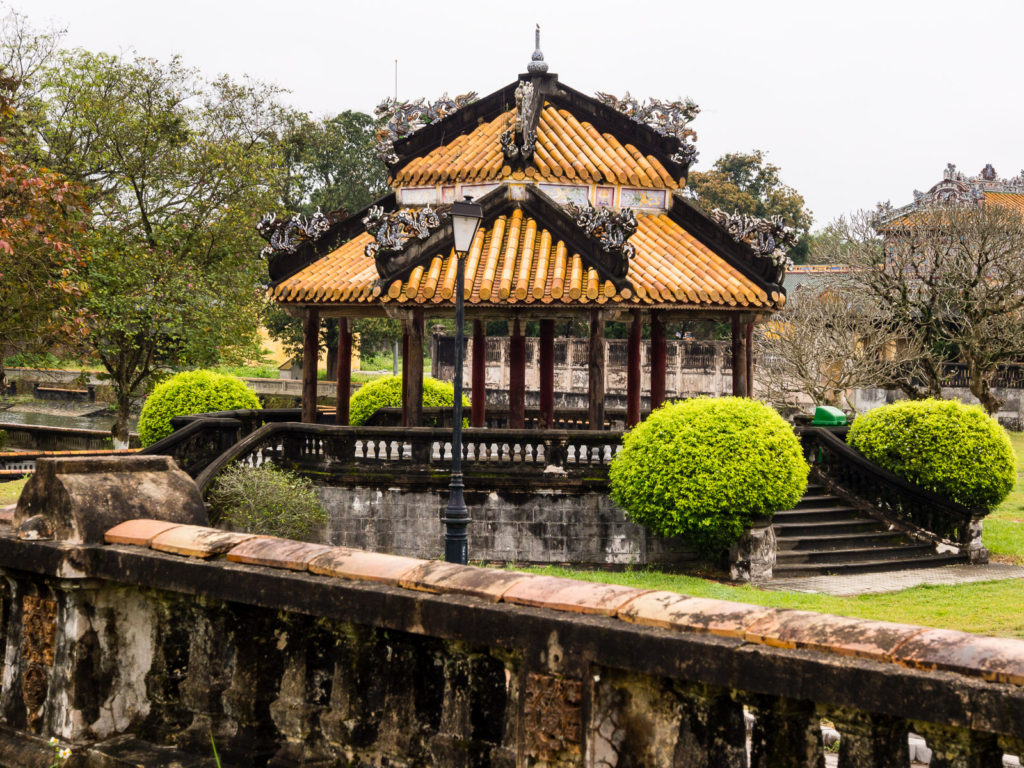 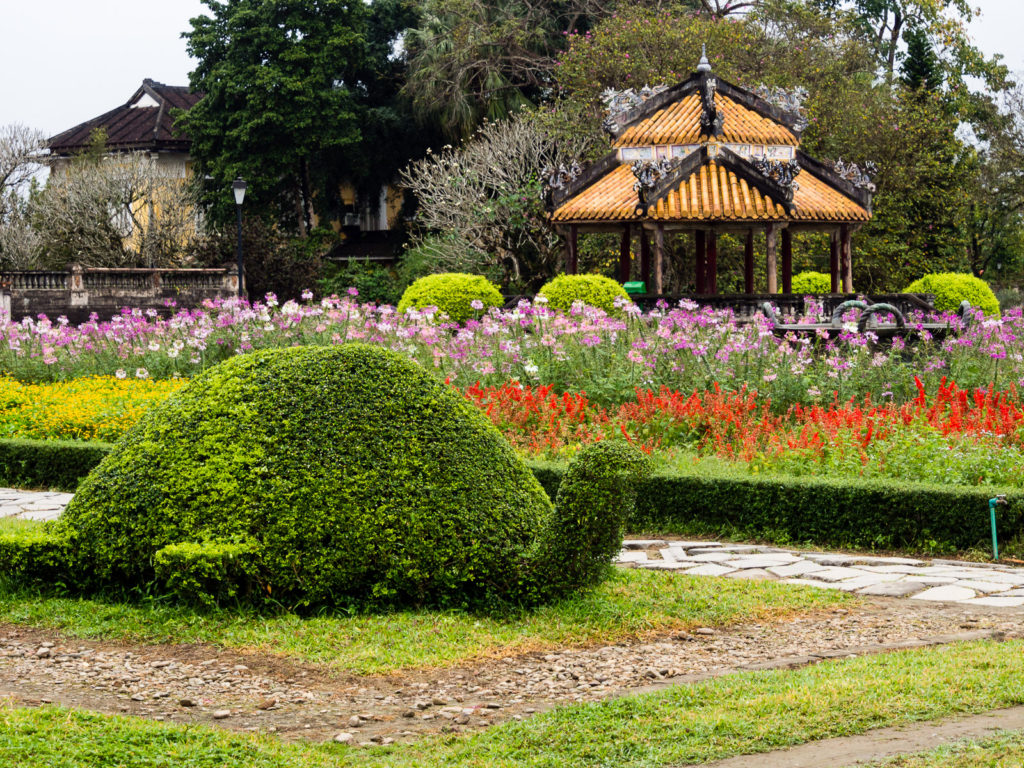 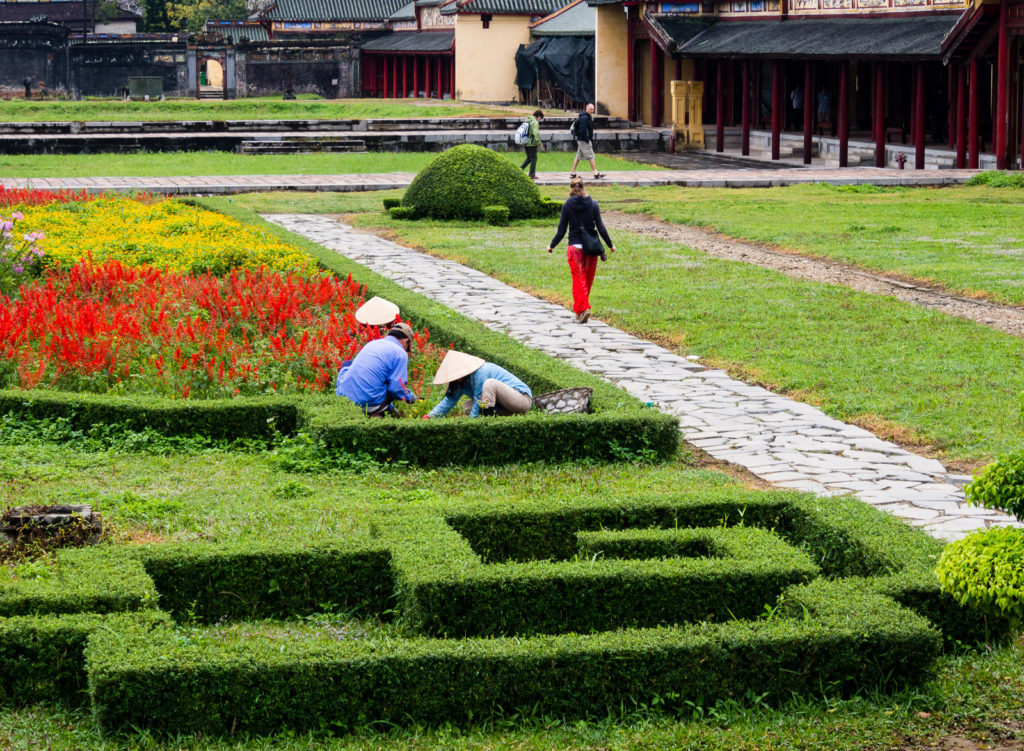 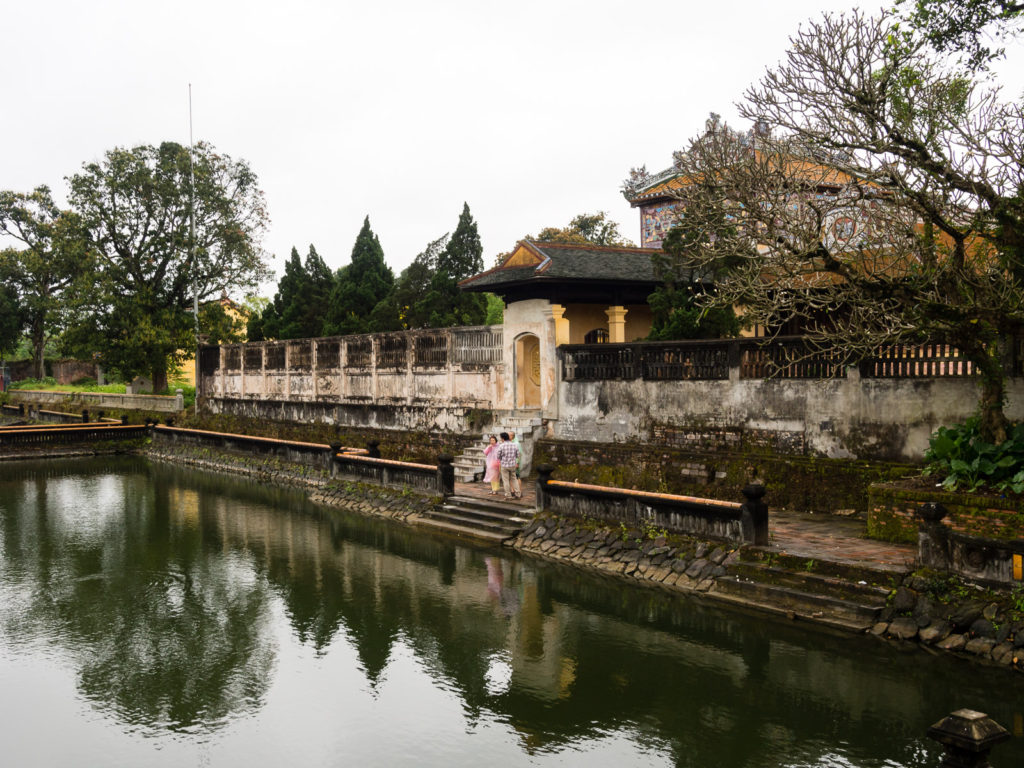 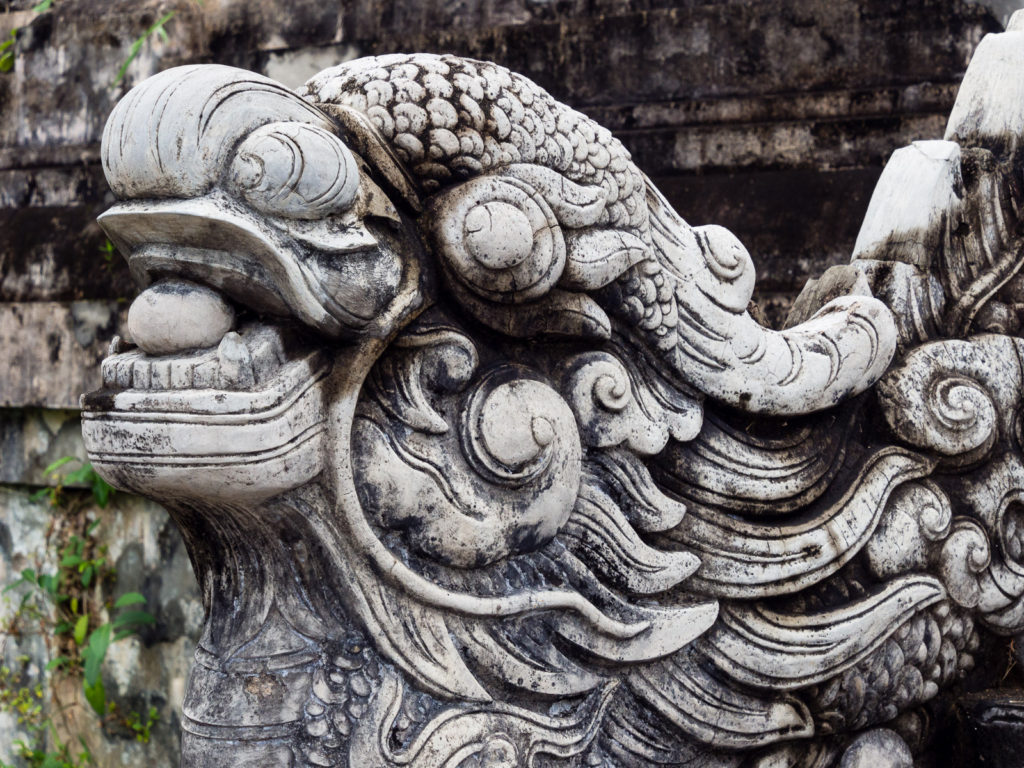 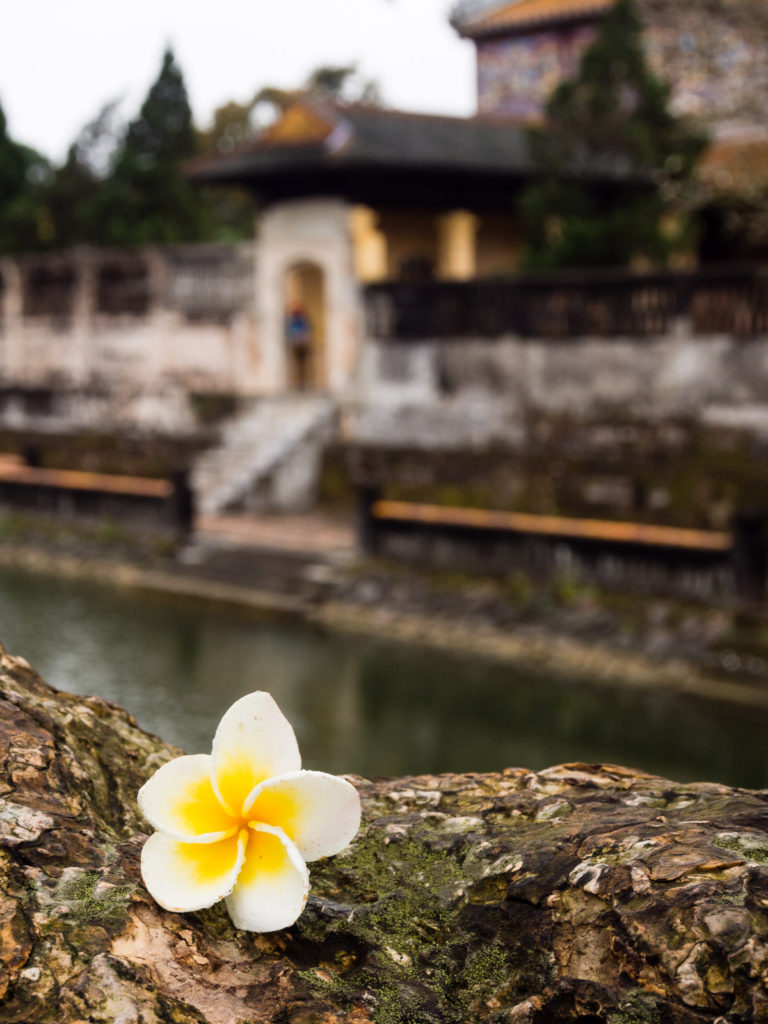 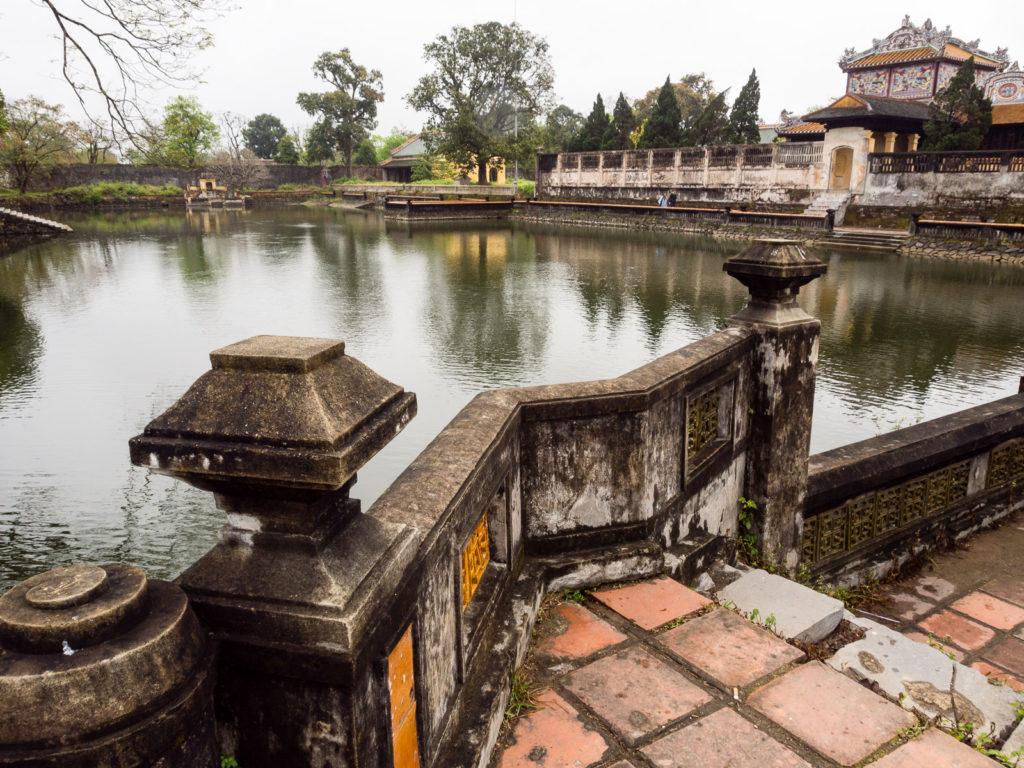 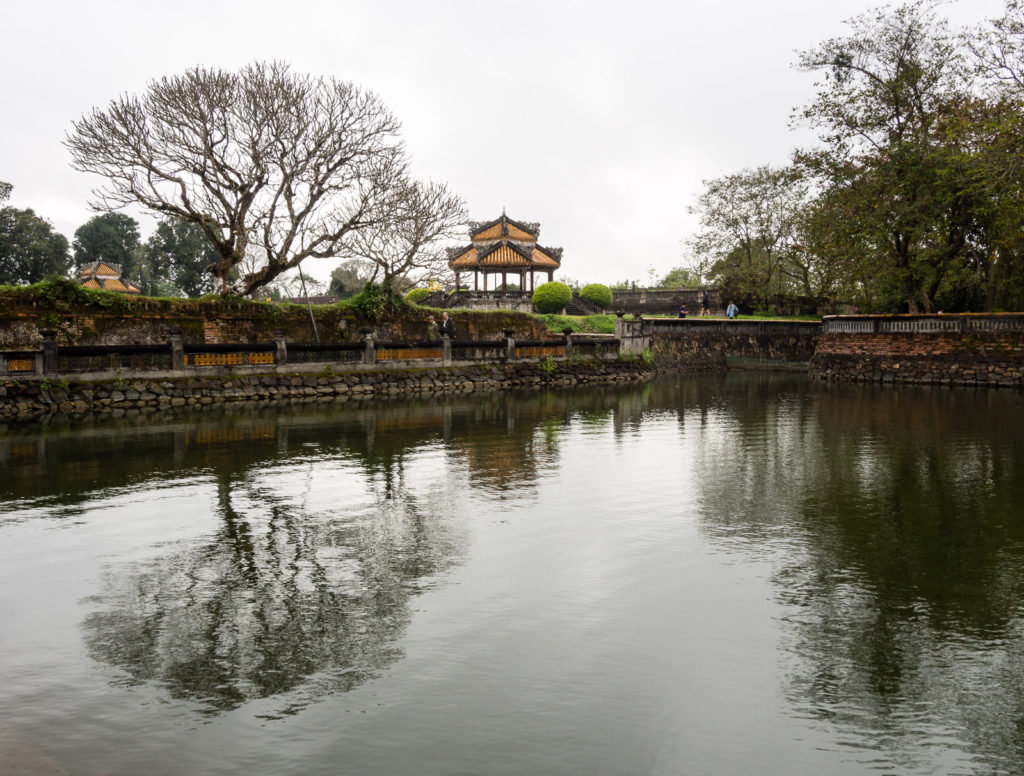 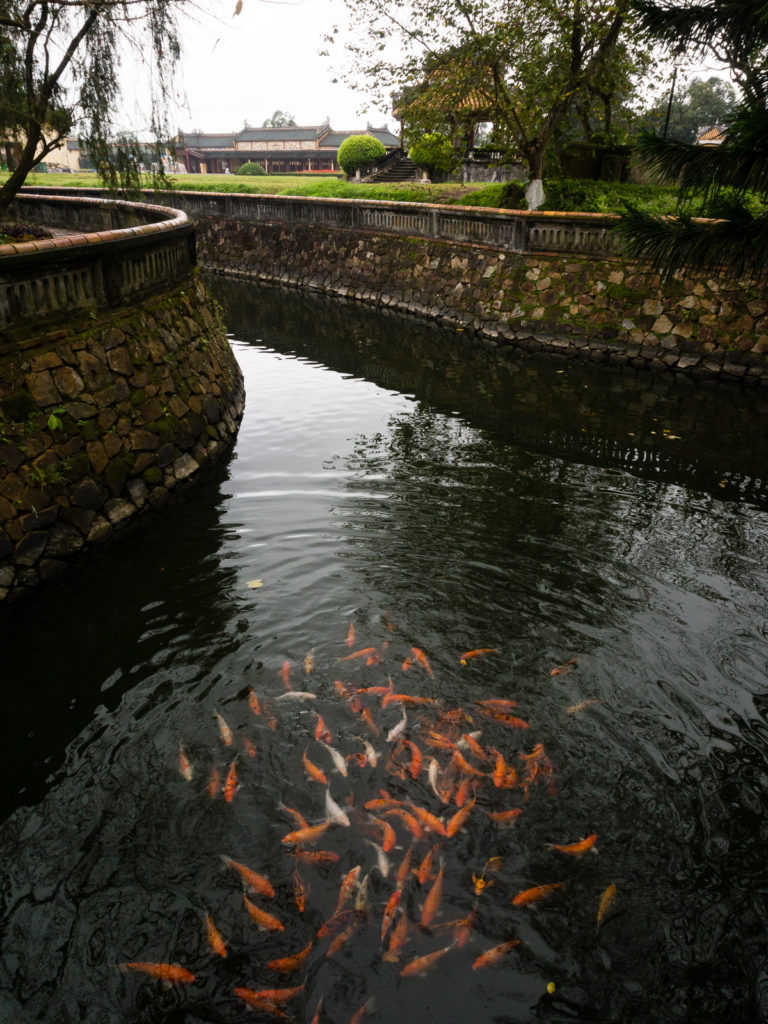 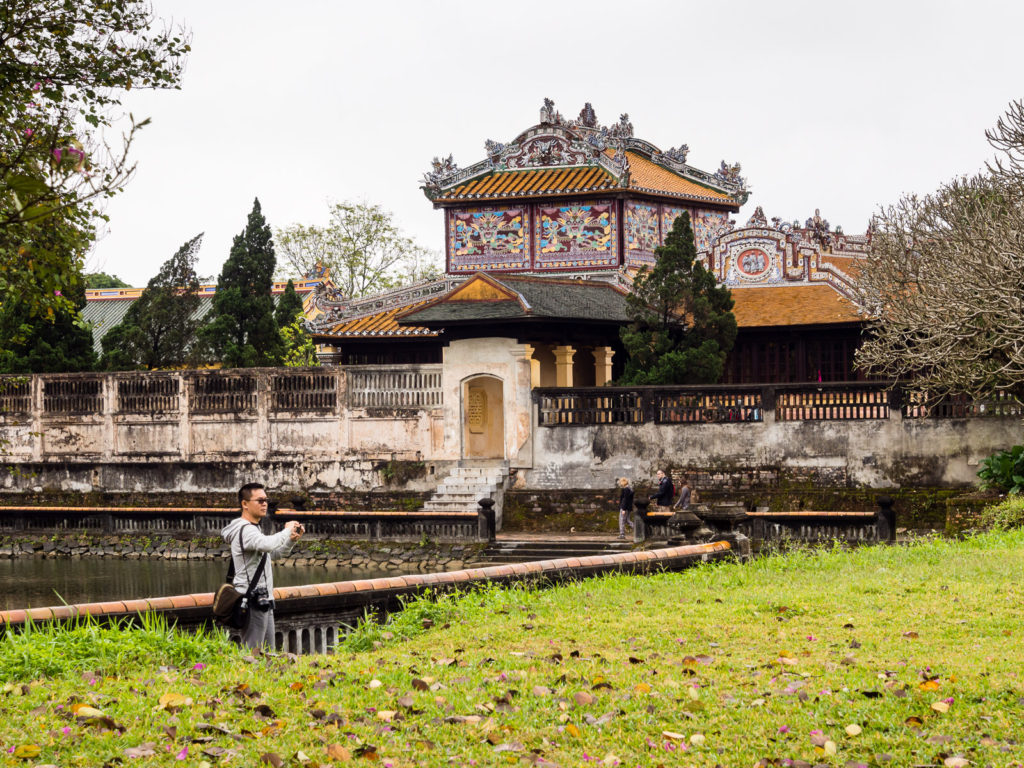 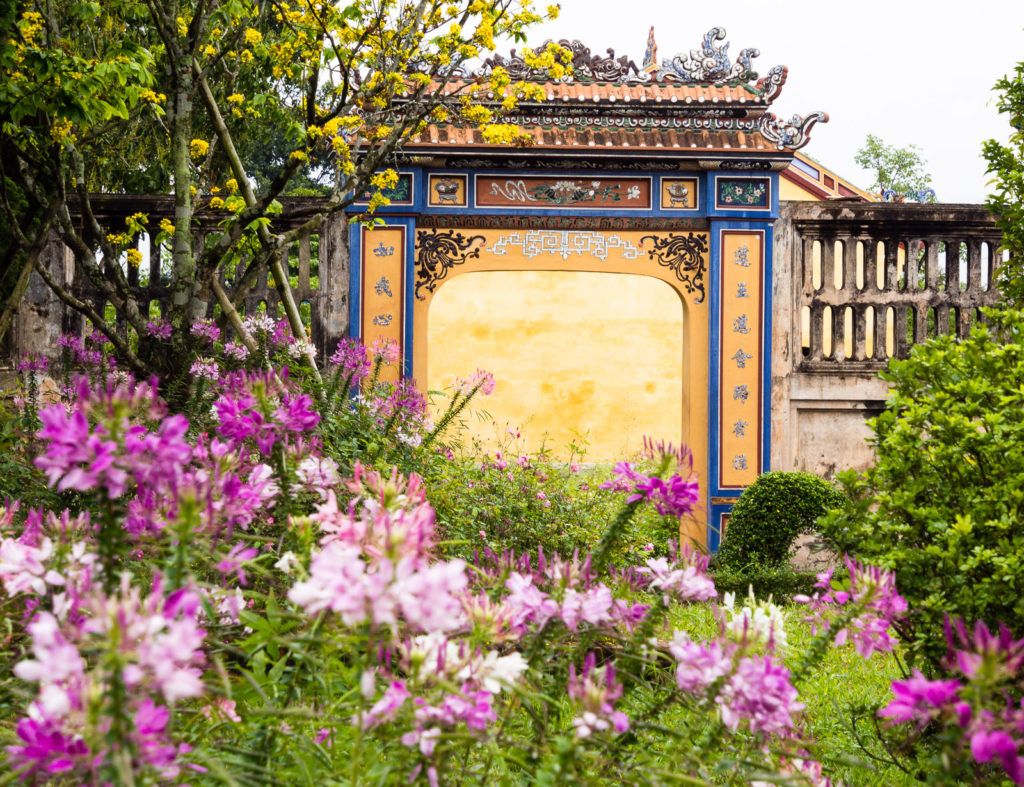 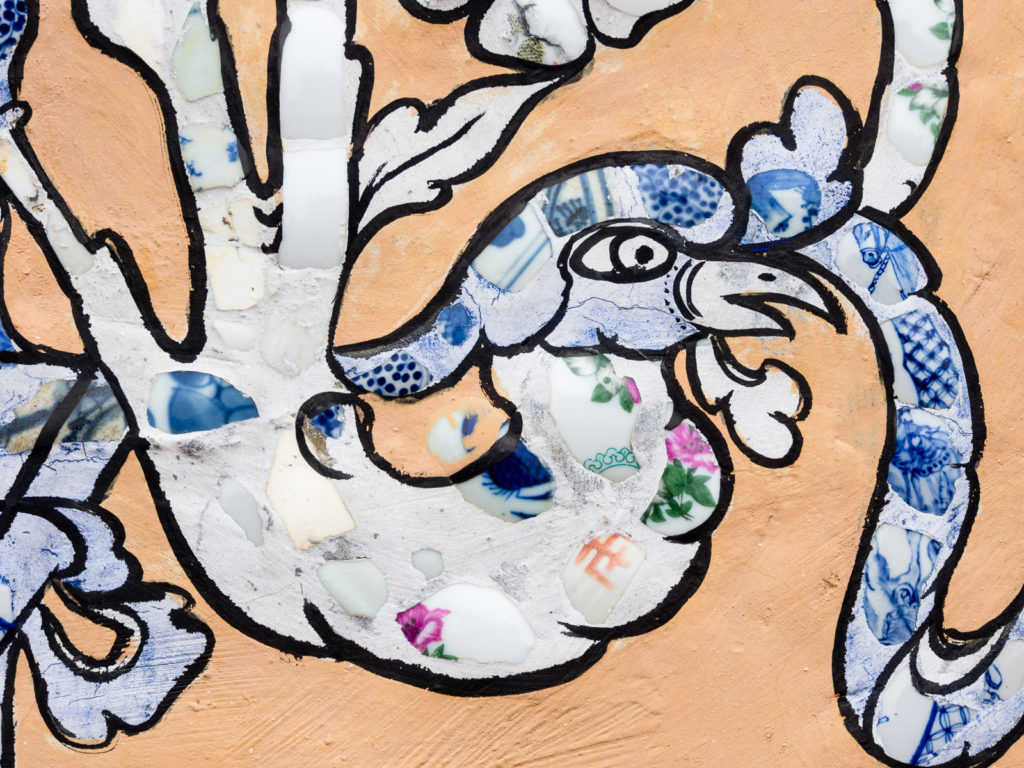 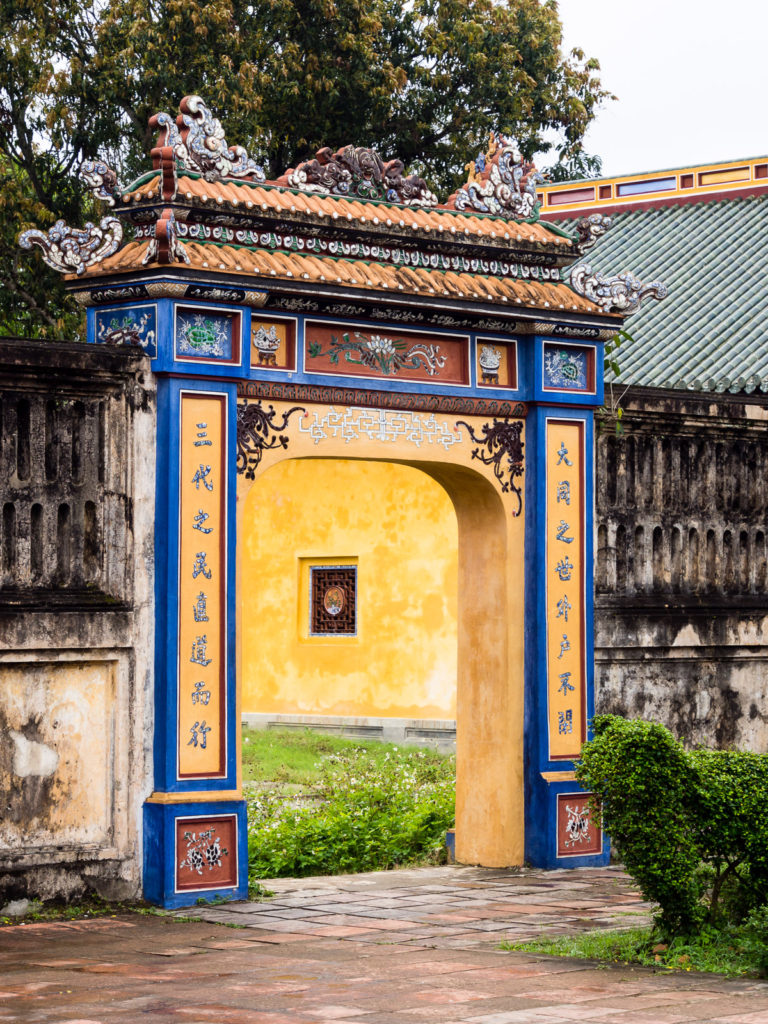 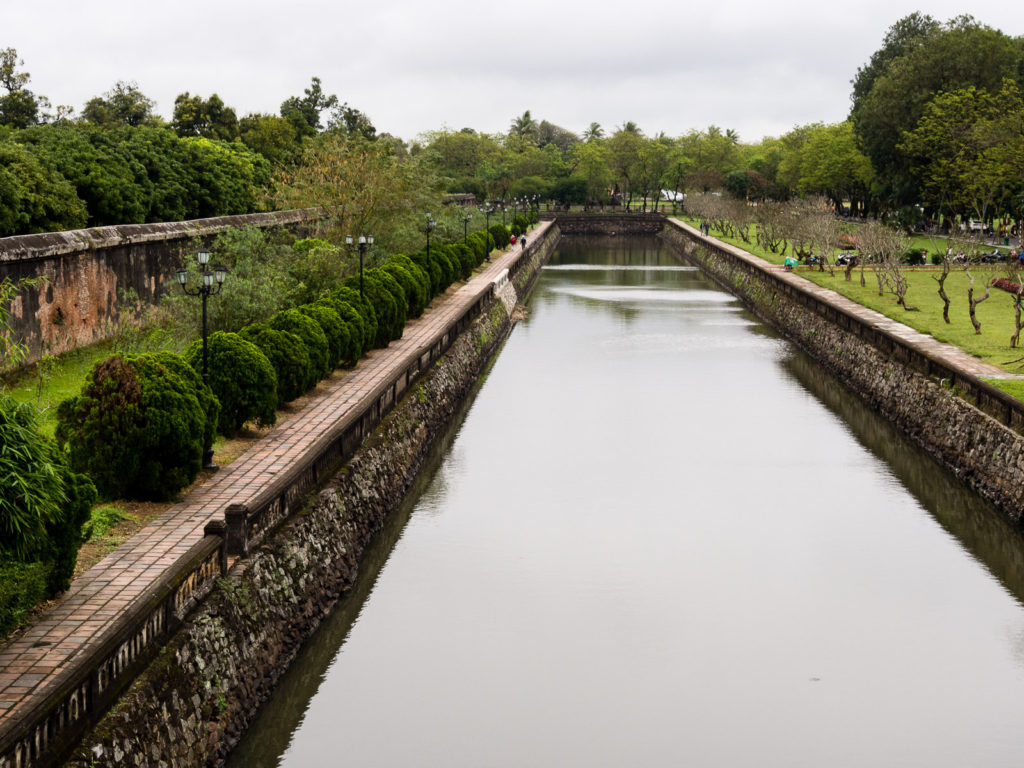 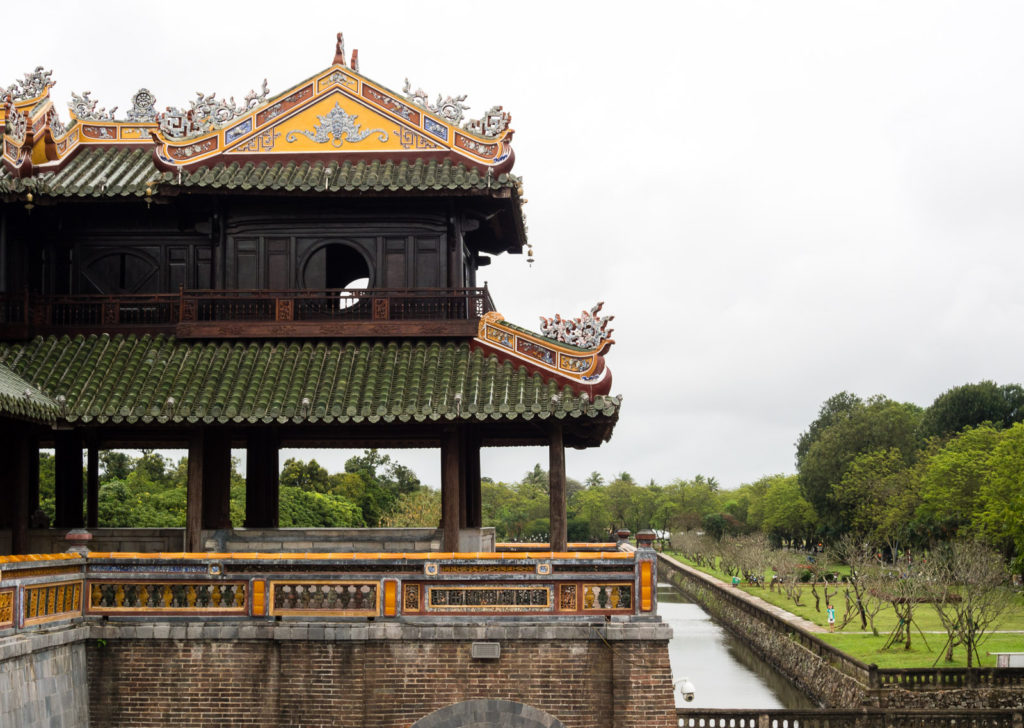 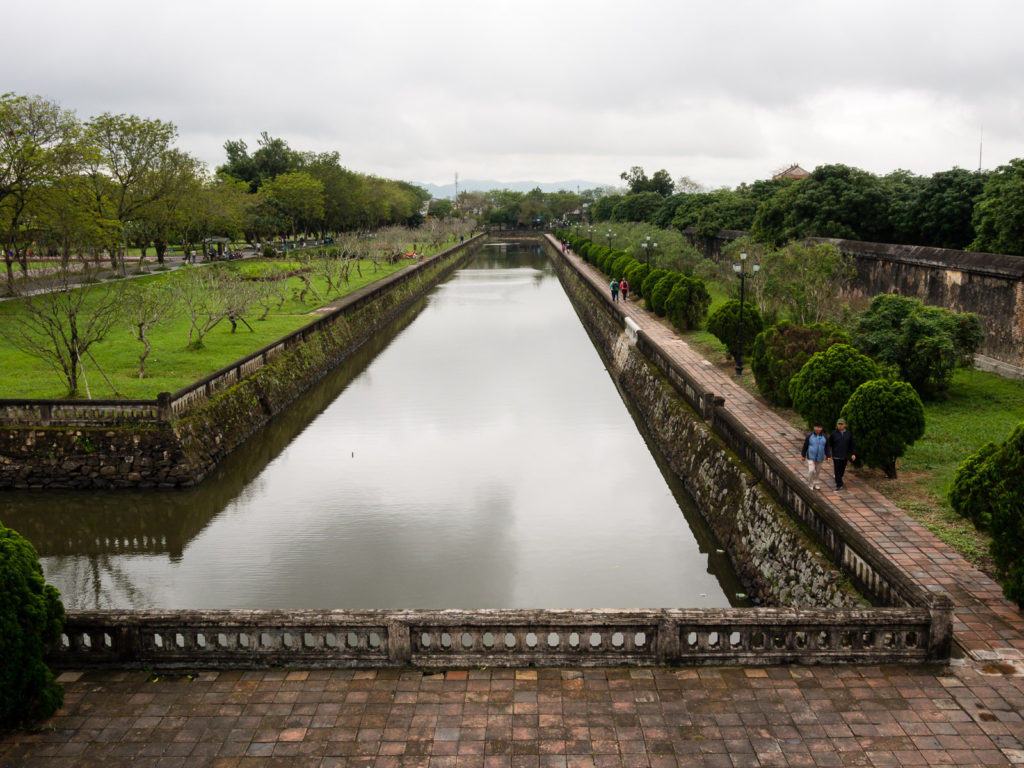 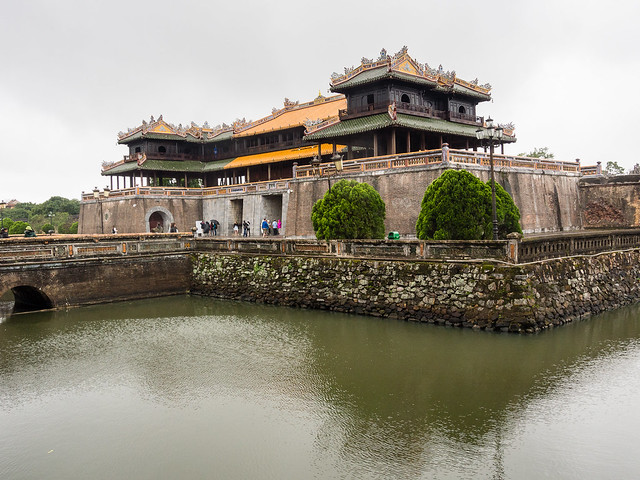