The distinction between North and South in Vietnam isn’t a 20th century development. Before the country settled within its present boundaries, there were two large ethnic groups occupying its territory: the Viets in the north and the Chams in the south, each having its own kingdom or what accounted for a kingdom back then. Eventually the Chams were defeated and absorbed by the Viets, their civilization gone and what remains of the Cham ethnos now exists as minorities in Vietnam and the surrounding countries.

The golden age of the Champa kingdom coincided with the golden age of its then neighbor and rival Angkor, but unlike Angkor it didn’t get the luck of having an entire city preserved somewhere in the jungle. The most important Champa heritage now is the cluster of ruins known as My Son in the central Quang Nam province – nowhere as large as Angkor to begin with, it has also greatly suffered during the Vietnam war, so little remains for us to see. But if you adjust your expectations accordingly, it’s still very much worth a visit.

I went to My Son on a day trip from Hoi An – it’s about 1 hour from there by car.

My Son is located in a quiet valley surrounded by mountains. Also unlike Angkor, it was not a city, but a collection of temples commissioned by various consecutive rulers, so the place was reserved solely for religious purposes. The temples were Hundu – Hinduism was the official religion at the time, although modern Chams, by some twists and turns of history are, interestingly, Muslim. 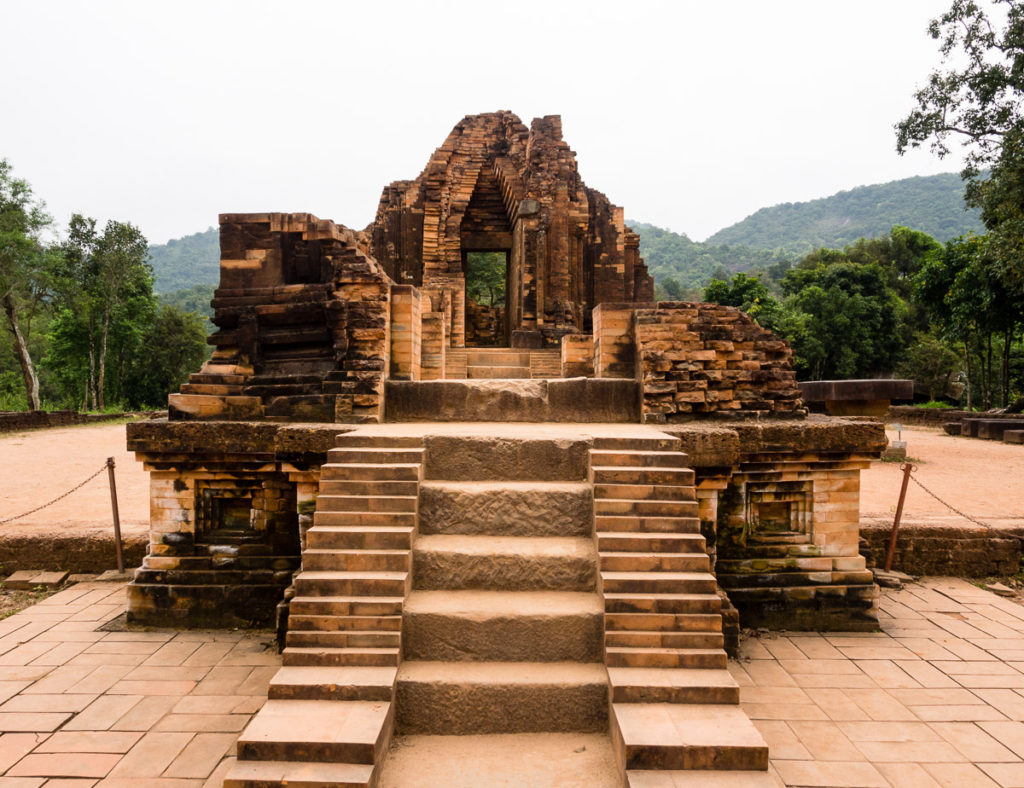 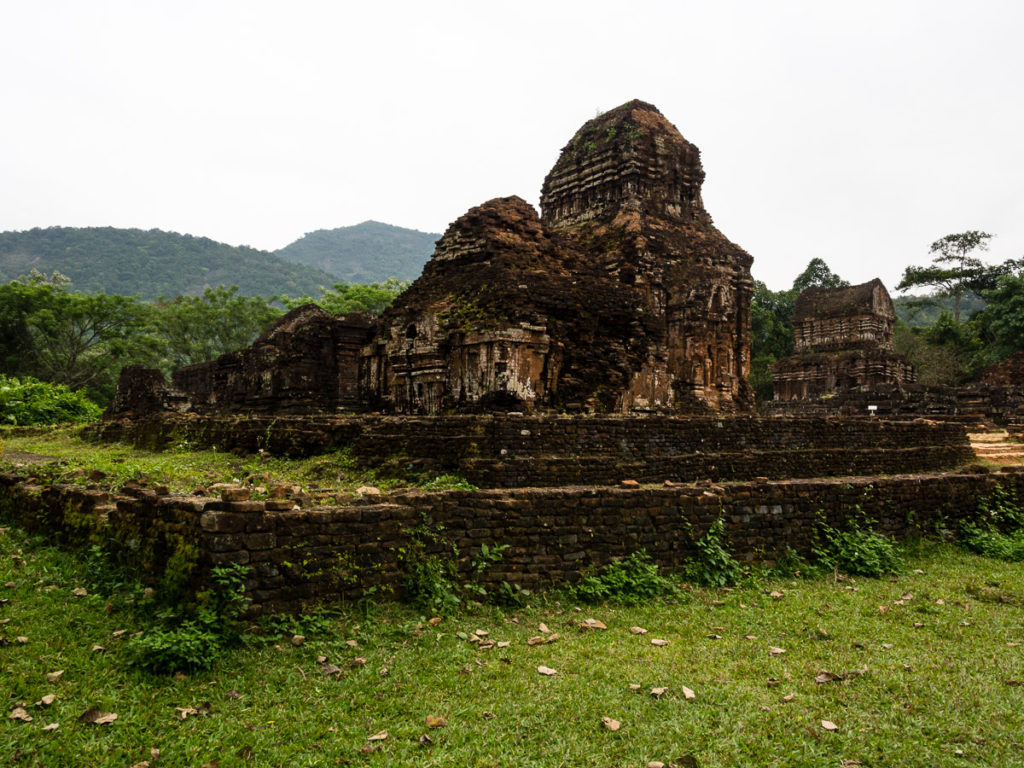 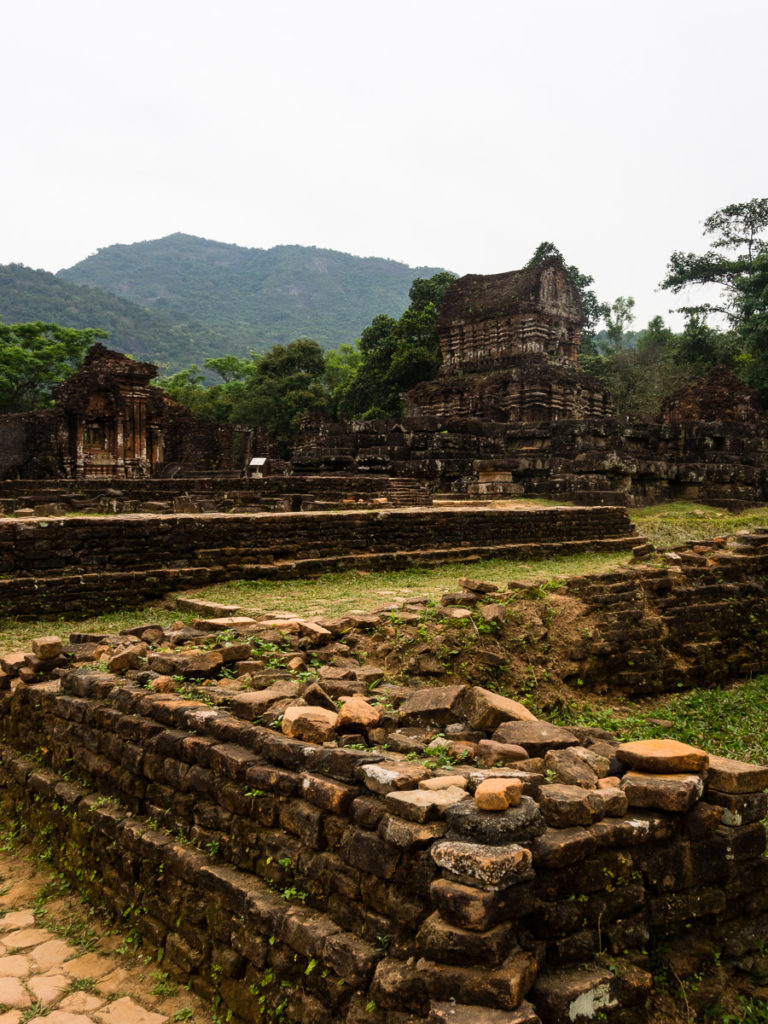 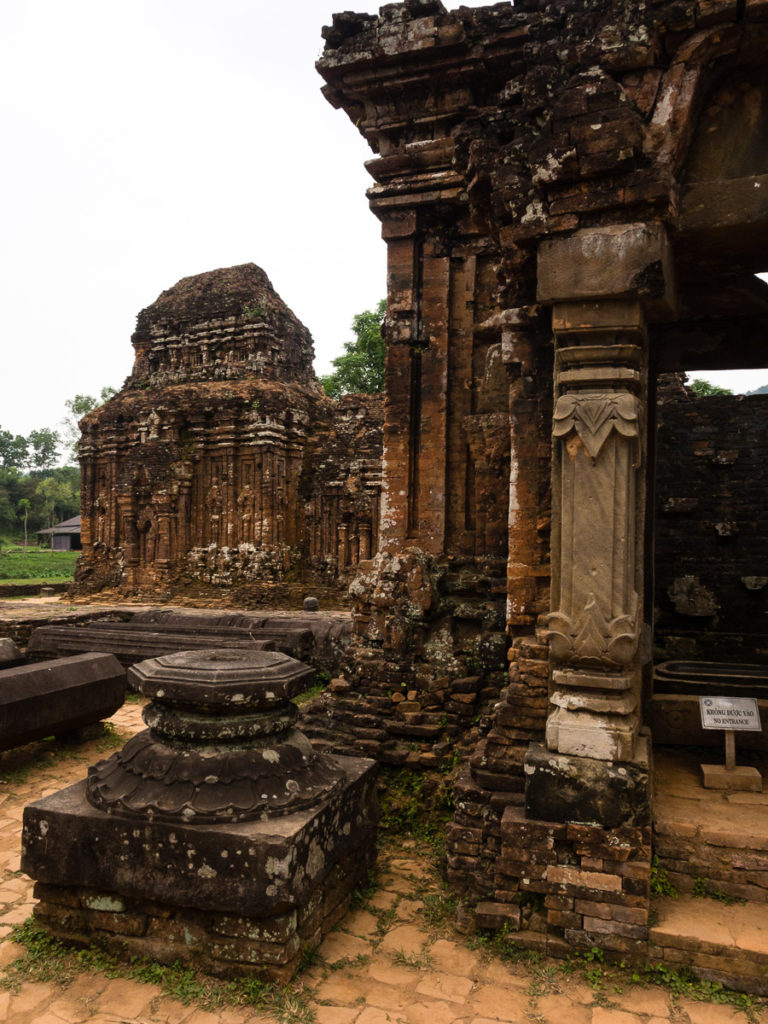 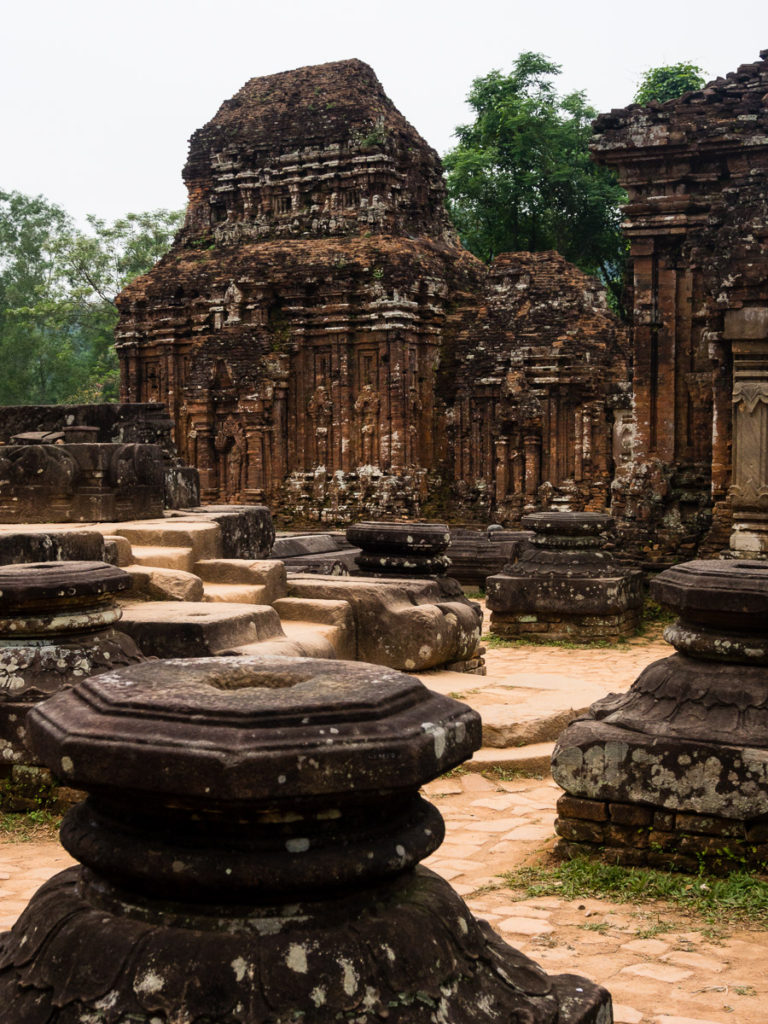 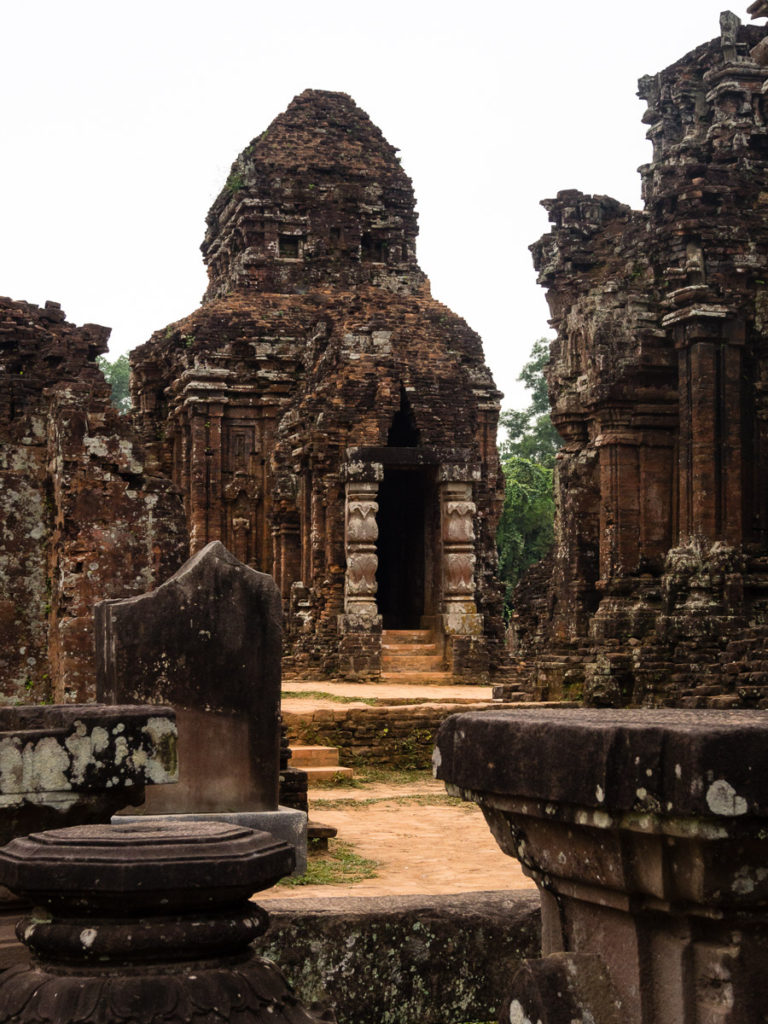 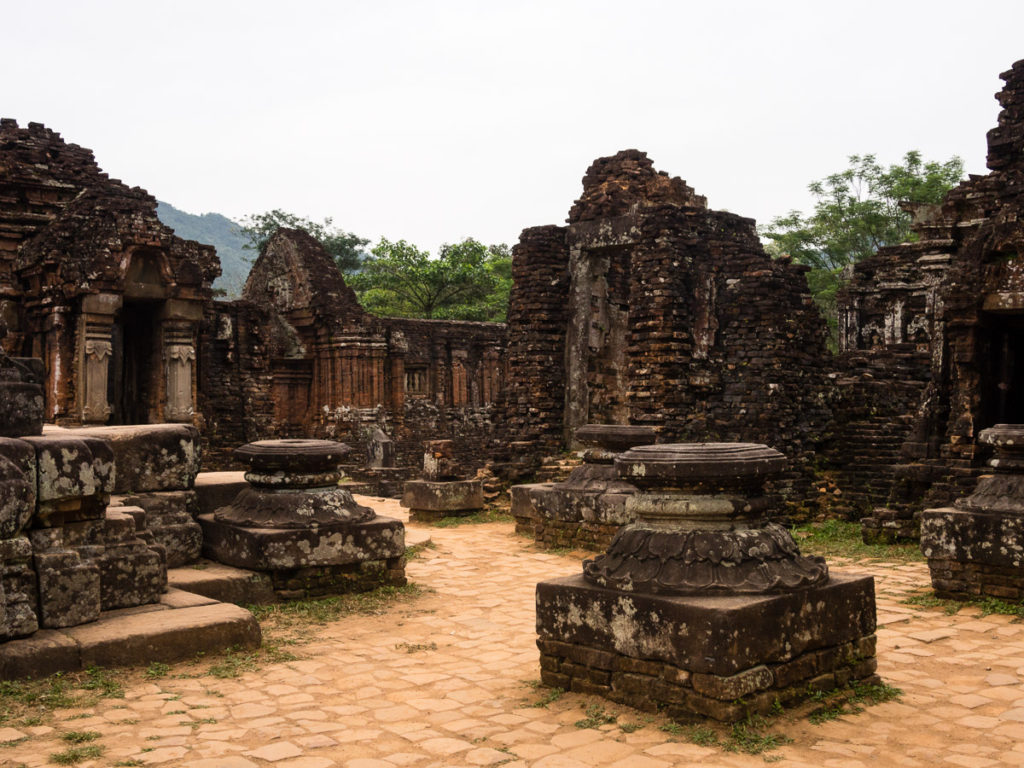 I spent maybe an hour or so enjoying My Son, and then the driver dropped me off at Danang’s train station, from where I was to take the night train further south.