My trip to Vietnam in March 2016 was a North-to-South journey – I arrived to Hanoi, then descended along the coast over the course of two weeks by various means of transport, and flew back home out of Ho Shi Min. So, hectic and charming Hanoi gave me my first impressions of the country.

I stayed at the very heart of the Old Quarter, minutes away from Hoan Kiem lake. I took a stroll around the neighborhood, checking out shops and cafes, and trying to get used to local traffic conditions – or, I should say, figure out, how to cross the street (I’ve travelled in Southeast Asia before and was somewhat prepared to all the chaos, but It’s hard not to be overwhelmed at first).

Despite all the stark contrasts with more developed countries, I felt comfortable enough during my 2 nights stay in Hanoi. I visited the Temple of Literature, saw the water puppets show, and Ngoc Son temple on the lake. I would definitely go back to explore more of this city. 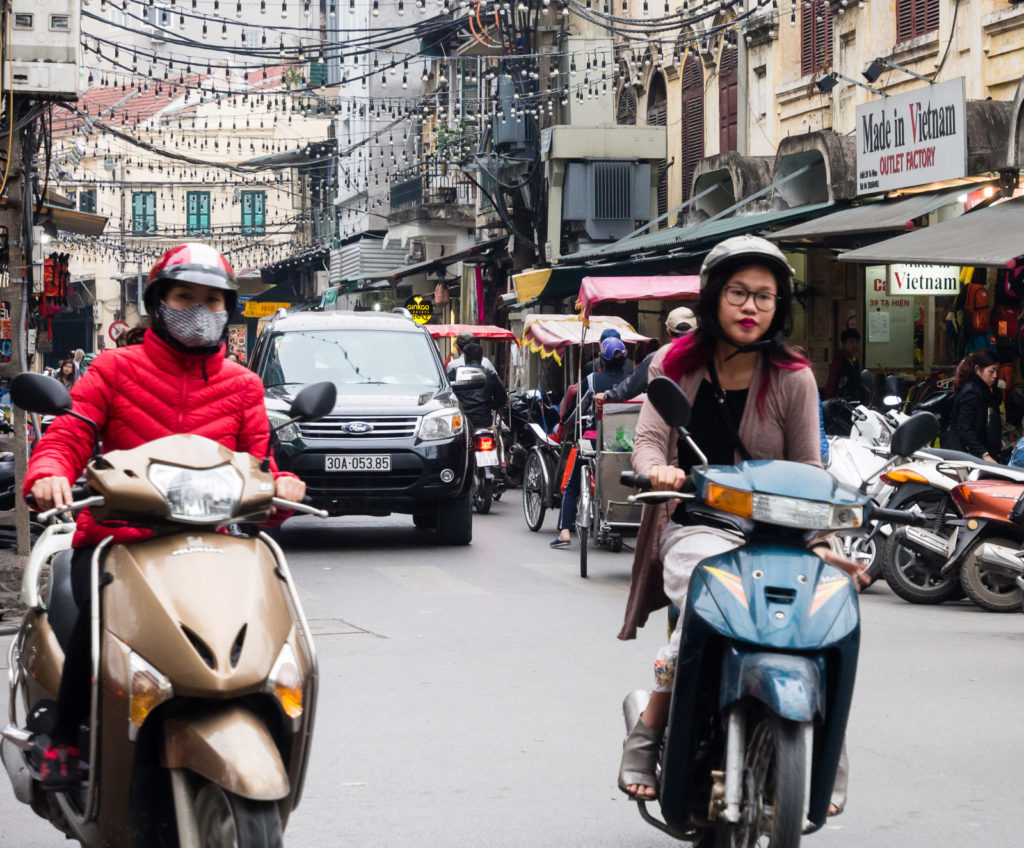